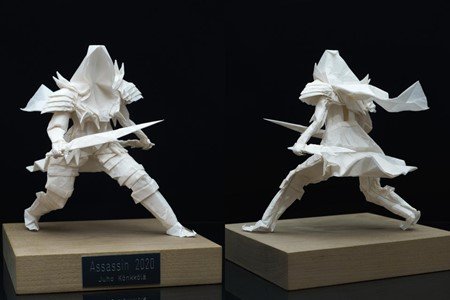 It is believed that origami, the practice of folding paper into figures, emerged in Japan, China, and Europe during the 17th century, seemingly as culturally unrelated traditions. In Japan ori means “folding” and kamimeans “paper.” The goal is to fold a flat square piece of paper into a sculpture or geometric structure without cutting or gluing. 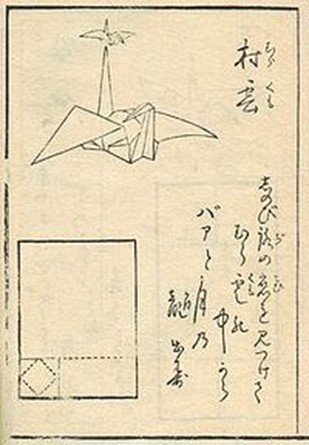 However, in Japan since the Edo period (1603-1867), cutting the paper and using pieces of paper that are not square have been acceptable. In the early 1900s, Yoshizawa-Randlett began systematically diagramming the crease lines, inspiring a renaissance of the art form. 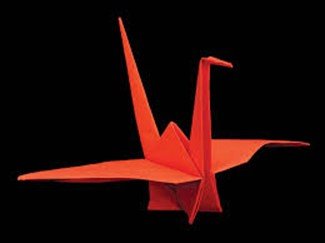 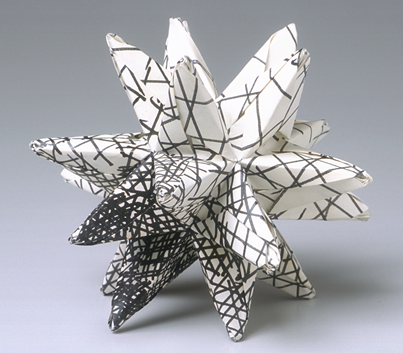 Medical stents, packaging, airbags in motor vehicles, and space-probe technology have all employed principles of origami, bringing the tradition into the modern world. Its significance regarding Diagonality, however, can be traced to the German educator Friedrich Froebel (1782-1852), a student of the pedagogue Heinrich Pestalozzi. Froebel created the concept of the kindergarten. The designs published in connection with his curriculum are attributed to the English tradition of folding napkins in exotic shapes for the dinner table.

David Lister has written extensively about Froebel, noting that Froebel did not do well in school, in part because his mother died shortly after he was born and his father basically abandoned him. Froebel had a dreamy nature and was fascinated by everything in the natural world. Lister writes, “He began to perceive that there was an underlying unity in all things...” Froebel began to study geometry and mathematics. He succeeded in convincing his father to send him to Jena University, but after three terms he was imprisoned for debt. He then took to an assortment of jobs to support himself. In Frankfurt am Main, he briefly studied architecture, then was swayed by Dr. Gruner, headmaster of the Frankfurt Model School, to give up architecture and teach at this school along the lines of Pestalozzi, whom Froebel later met. After some hardships, Froebel opened the "Universal German Educational Institute.” This project led to other educational ventures and he moved to Lucerne, Switzerland. Froebel started educating teachers on how to teach and, in 1837, in a century of progress in many fields, Froebel created his first Kindergarten. As Lister explains, Froebel “did not see the human mind as a receptacle to be filled with all manner of diverse and unconnected knowledge. Man learns only through self-activity, through his own seeking; the mind must be free to develop as a plant grows. Parrot repetition had no place in Froebel's methods.”

Lister goes on: "Froebel devised a series of objects of play which proceeded from the simple to the more complex. He called these his "Gifts." Lister concludes, “This, then, is the background for one of Froebel's 'occupations': the occupation of paper folding. The gift to a child of one of the commonest substances of life to be folded, but not cut or torn. Used imaginatively it had great possibilities for both science and art and for the discovery of the principles of mathematics. But it was much more: by sending the child on a voyage of discovery it stimulated his own ability to create and to make things of beauty. In this way, paper folding awakened a child's ability to share in the act of creation and led him to an appreciation of beauty as he manipulated the paper to form an endless array of graceful patterns. In the trivial, the child would find the profound.”

In 1876, Frank Lloyd Wright’s mother attended the Centennial Exposition in Philadelphia and visited the Kindergarten exhibit, where she saw a Froebel Kindergarten Chest of Toys. Mrs. Wright was certain her nine-year-old son, Frank, would one day become an architect, so she later purchased a Froebel Chest that included wooden blocks in varied geometric shapes, and a set of toothpicks and peas that invited children to assemble 3- dimensional structures. Decades later, Wright said that he had played with the cube, the sphere, and the triangle, stating “All are in my fingers to this day..." Throughout his career, Wright used various geometric motifs, but the diagonal, arguably, had the greatest impact on other architects during his lifetime and after. A building project symbolic of Wright’s lifelong engagement with the diagonal is Beth Shalom synagogue outside of Philadelphia, which is featured in this Daring Diagonal Virtual Museum.

Origami has moved into the scientific engineering realm. It has transformed how products and structures have been conceptualized and built. Significant efficiency results from folding material and creating creases and fragmented planes.