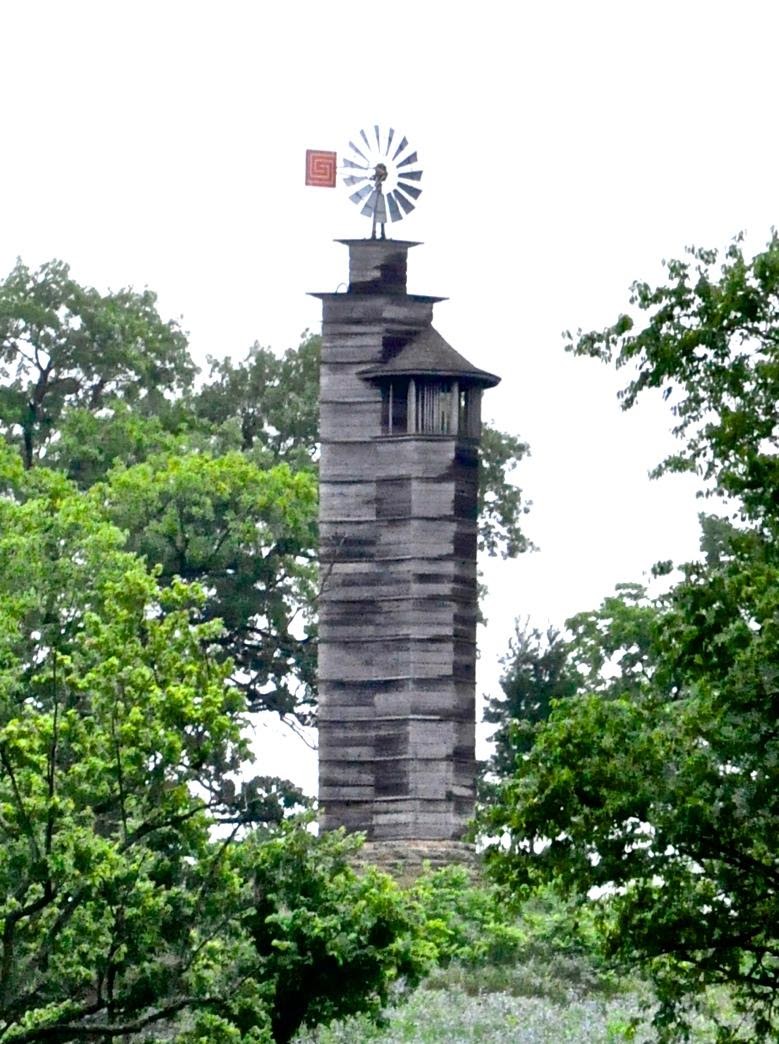 In 1896, American architect Frank Lloyd Wright (1867-1959), was commissioned by his aunts Jane and Ellen Lloyd Jones to design a windpump to provide water for their Hillside Home School. In response, Wright, age 29, designed a remarkably sophisticated wooden tower in Wyoming, Wisconsin that he called his Romeo and Juliet Windmill. The structure, built near Spring Green, Wisconsin, was designated a National Historic Landmark in 1976. 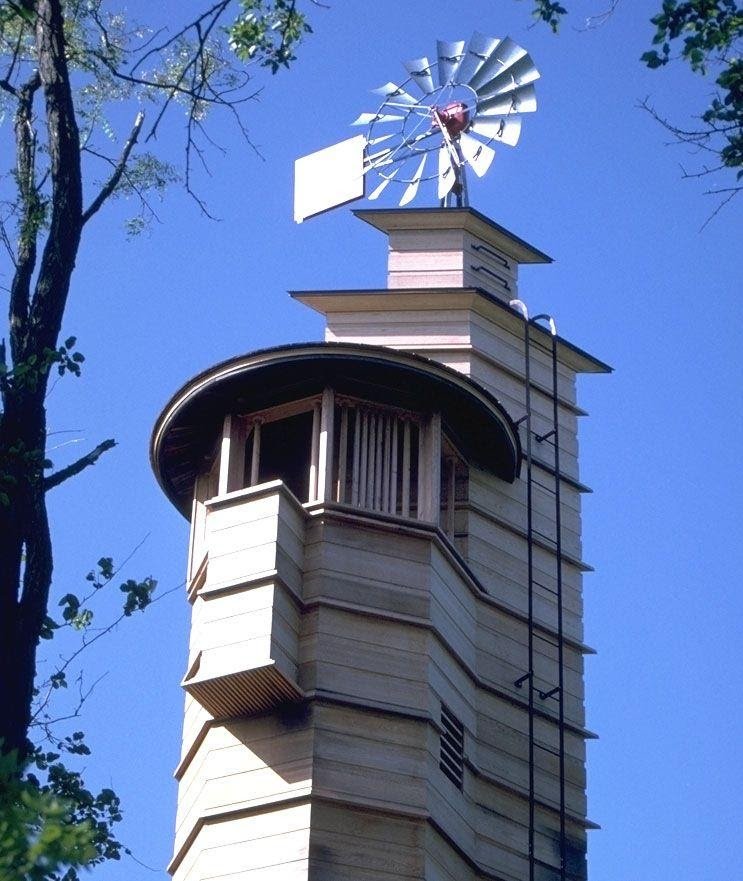 The plan of this landmark structure is based upon an acutely angled lozenge that penetrates halfway into an octagon. Architectural historian Neil Levine has written, “Wright called the composition Romeo and Juliet, likening its conjugate geometry to an amorous union.” It brings to mind an angular sperm penetrating an ovum, not an unlikely consideration for a man who would be actively sewing his wild oats at that age. Sexual inferences aside, the geometry makes perfect structural sense for a tower built at the crest of a windy hill. The lozenge points southeast to deflect wind blasts like a “storm prow.” The architect explained the design to his aunts as follows: “Of course you had a hard time with Romeo and Juliet. But you know how troublesome they were centuries ago. The principle they represent still causes mischief in the world because it is so vital. Each is indispensable to the other ... neither could stand without the other. Romeo, as you will see, will do all the work and Juliet cuddle alongside to support and exalt him. Romeo takes the side of the blast and Juliet will entertain the school children. Let's let it go at that.” 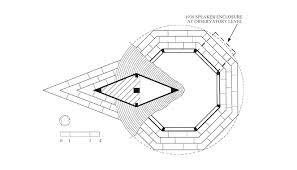 It is possible that Wright’s mother, who was deeply involved in her son’s education and career-selection, brought Frank’s attention to at least ten octagon houses that were built in Wisconsin prior to his work on the windpump. Octagon houses during that period were a popular novelty. Even if Wright had not actually seen one of these, they would certainly have appeared in the news with great fanfare.

The angular shape of the windpump is echoed in several other of Wright's towers. Perhaps most significant is his proposed 1956 mile-high, “tripod spire” skyscraper referred to as the Illinois, which Wright designed when he was 89 years old. It was to have 528 floors, scraping the sky at 5,280 feet (1,609 meters, exactly one mile). 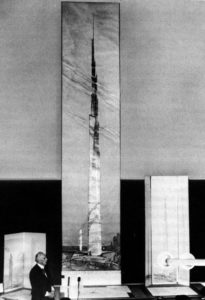 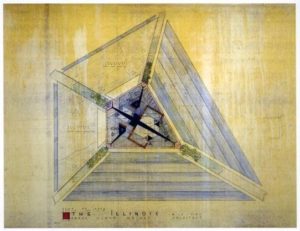 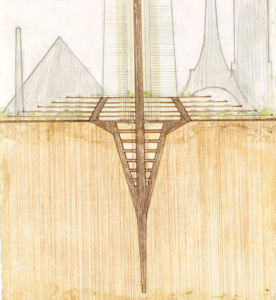 The scale of the Illinois is obvious when the base of the building is compared to other world landmarks.

Wright’s Romeo and Juliet Tower was designed when he was 29 years old can be regarded as a most auspicious start to the Era of Diagonality in the modern world. Fortunately, it still stands on top of a hill, the flagship of a new, daring and revolutionary geometric order.