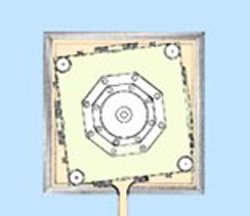 In the Indian fort of Kalinjar, in 1545, a mass of gunpowder exploded by accident. Sultan and Emperor Sher Shah Suri, a military genius and gifted administrator with shrewd political skills, lost his life. Architectural lecturer Kowshik Roy writes that the Sultan had gained control of the Mughals in 1549 and founded the Sur Empire. In his memory a red sandstone tomb that had been designed and built during the emperor’s lifetime by architect Aliwal Khan in the town of Sasaram in the state of Bihar was dedicated after his death. 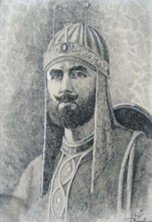 According to Takeo Kamiya, creator of the website INDO-ISLAMIC ARCHITECTURE: A CONCISE HISTORY, the tomb “… is appreciated as the best work among the octagonal mausoleums due to good proportion[s] and [the] brilliant formation arranging two-tiered chhatris, which are analogs of the main dome.” 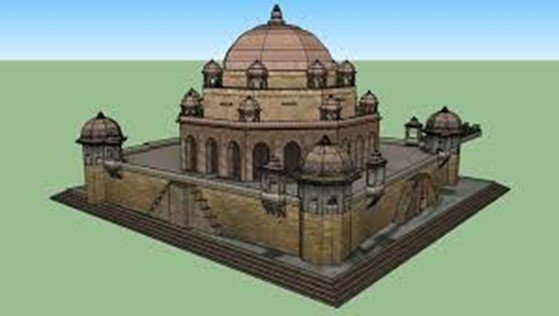 The square stylobate (plinth or base) sits like an island in the middle of, and only a few steps above, the surface of a rectangular, artificially created lake. A causeway (barely suggested in the illustration above) connects the tomb to the mainland. The mausoleum’s base is an octagon 135 feet in diameter. Each of its eight sides is 56 feet long. A 20-foot wide gallery surrounds the central domed space, which is 71 feet in diameter.

The tomb is typical in design for that era, but the way it sits with its axis rotated to the axis of the stylobate immediately catches the eye of all who are attracted by instances of diagonality. The relationship of the axis of the stylobate with its stone banks and stepped moorings to the slightly rotated, much more massive upper podium on which the tomb sits was certainly not done for architectural reasons nor to achieve a deliberate expression of diagonality. Yet, according to Kamiya, it “generated a fantastic dynamism in its form, which is as if floating on the lake.” 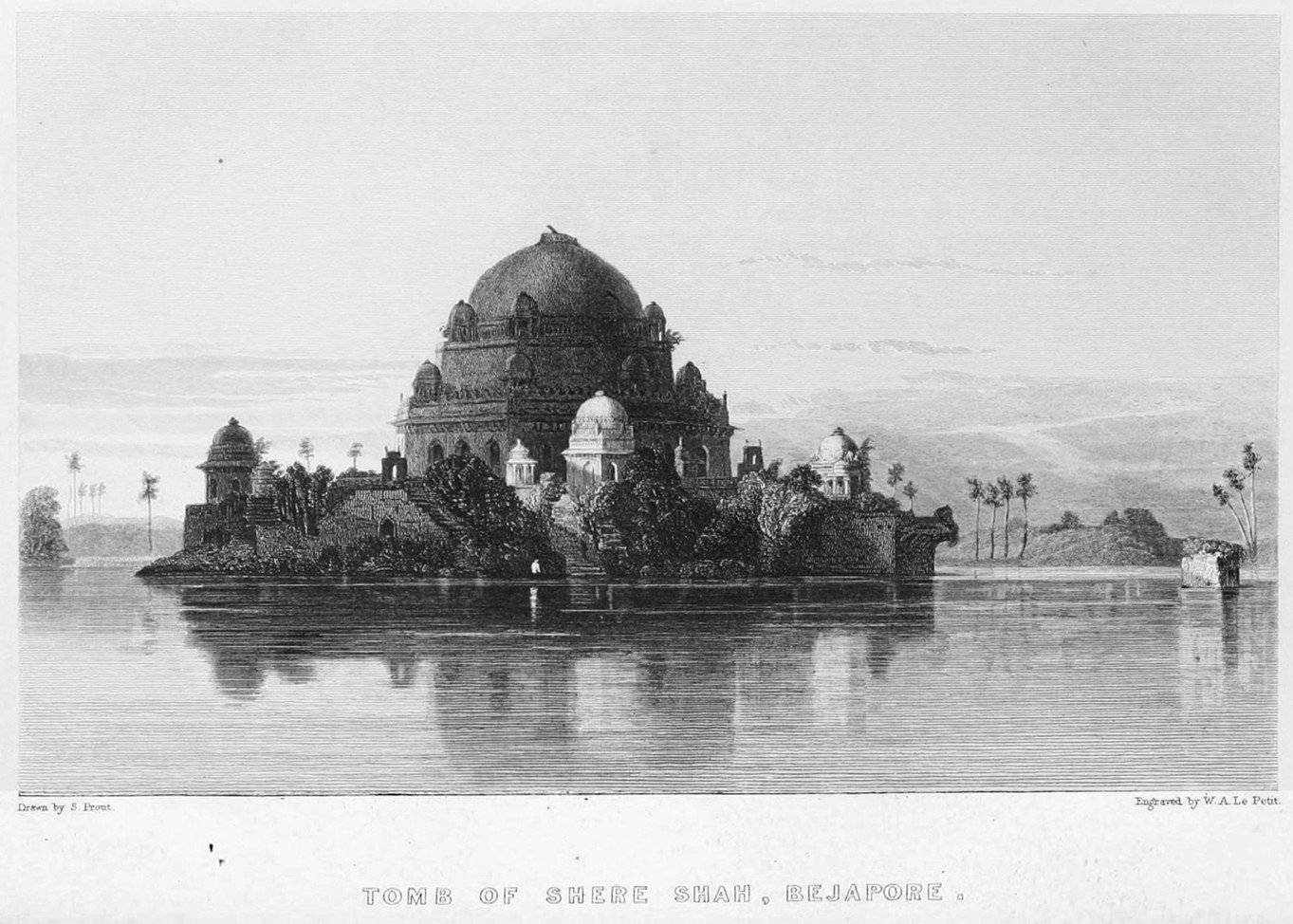 Takeo Kamiya asks whether this misalignment of axes was an error. It was … and it was not. It was an error in the sense that when the lower platform, the stylobate, was built, its positioning was off alignment relative to the four points of the compass. Then, when this error was discovered, someone decided not to fudge the difference by continuing the misalignment. Instead, the decision was made to build the tomb and its massive platform correctly oriented relative to the compass points. 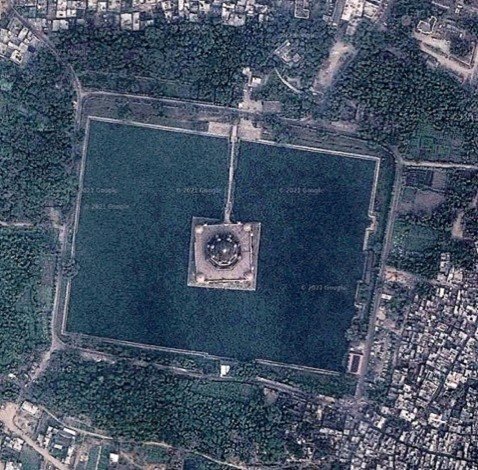 Credit: Author’s manipulation of a Google Earth image. The axis of the temple is aligned with the north compass point, but the lake, the causeway, and the stylobate are misaligned.

Would all architects have made that decision? Many would have lost lots of sleep while wondering whether the correction would be worse than concealing the error through second-phase misalignment. However, the orientation was corrected, resulting in the curious diagonal shift and the long thin triangles a few steps up from the water. These strange triangular fragments of paving must be obvious to visitors to the shrine. The drawing of the tomb in plan and the Google photo clearly show the correction, causing those who do not know the history of the tomb to wonder about this odd mystery of Indian architecture. 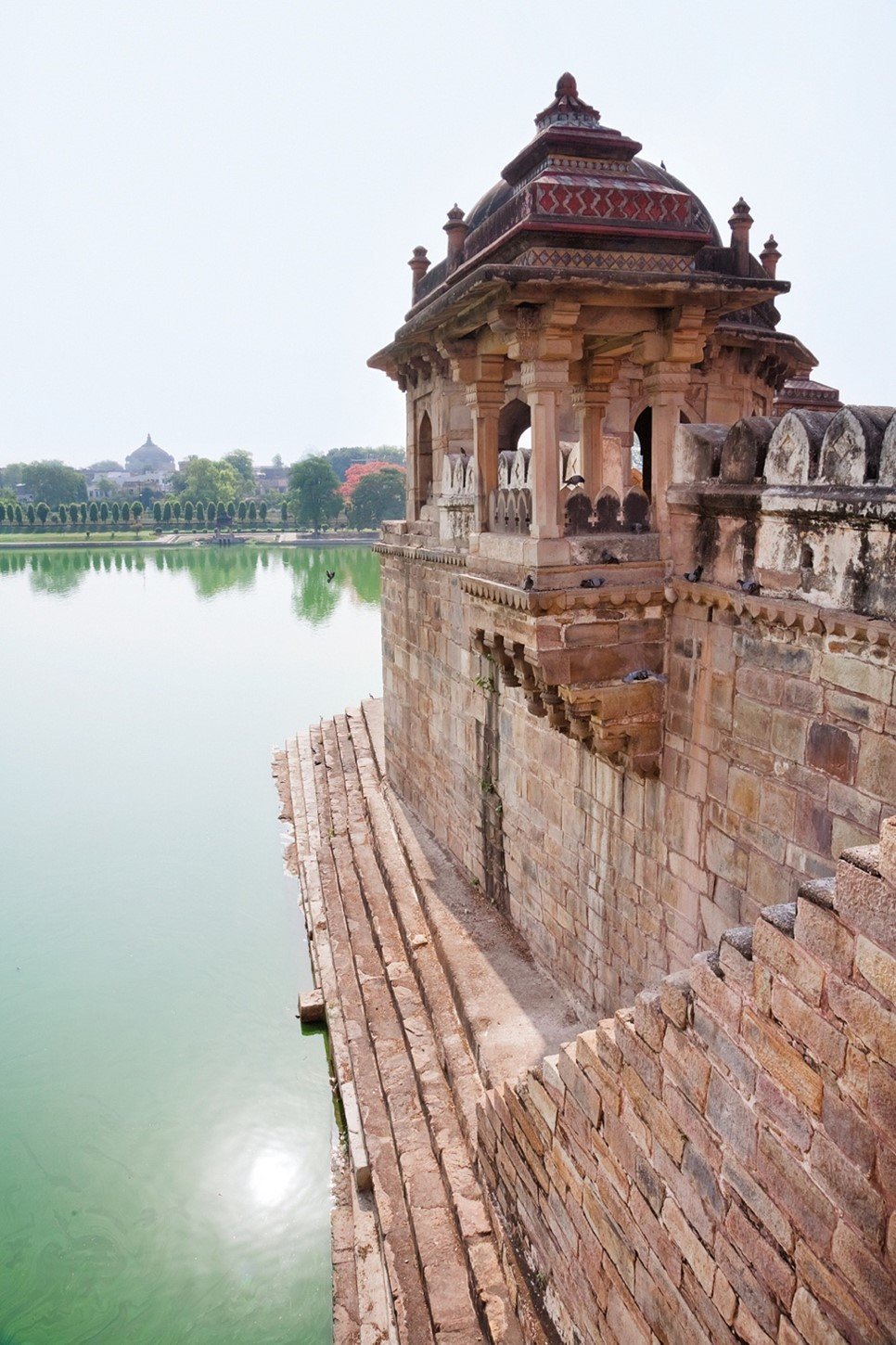 When a visitor crosses the causeway, it is apparent that something is out of alignment because the path along the causeway results in not seeing the tomb square on. The center line of the causeway clearly does not align with the center arch of the entrance façade of the tomb. This off-axis situation is something like the axial rotation at Luxor Temple in Egypt, but the rotation at Luxor was for a different reason. (See the Luxor story in Gallery 2.1) 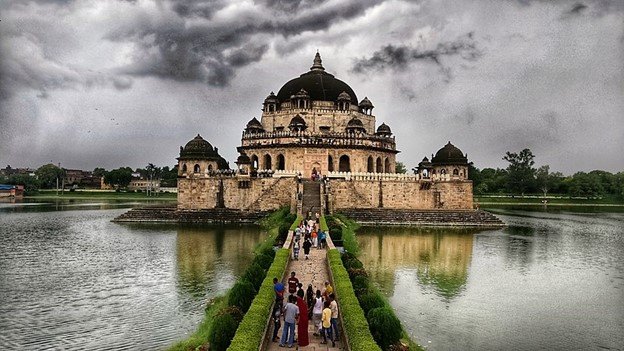