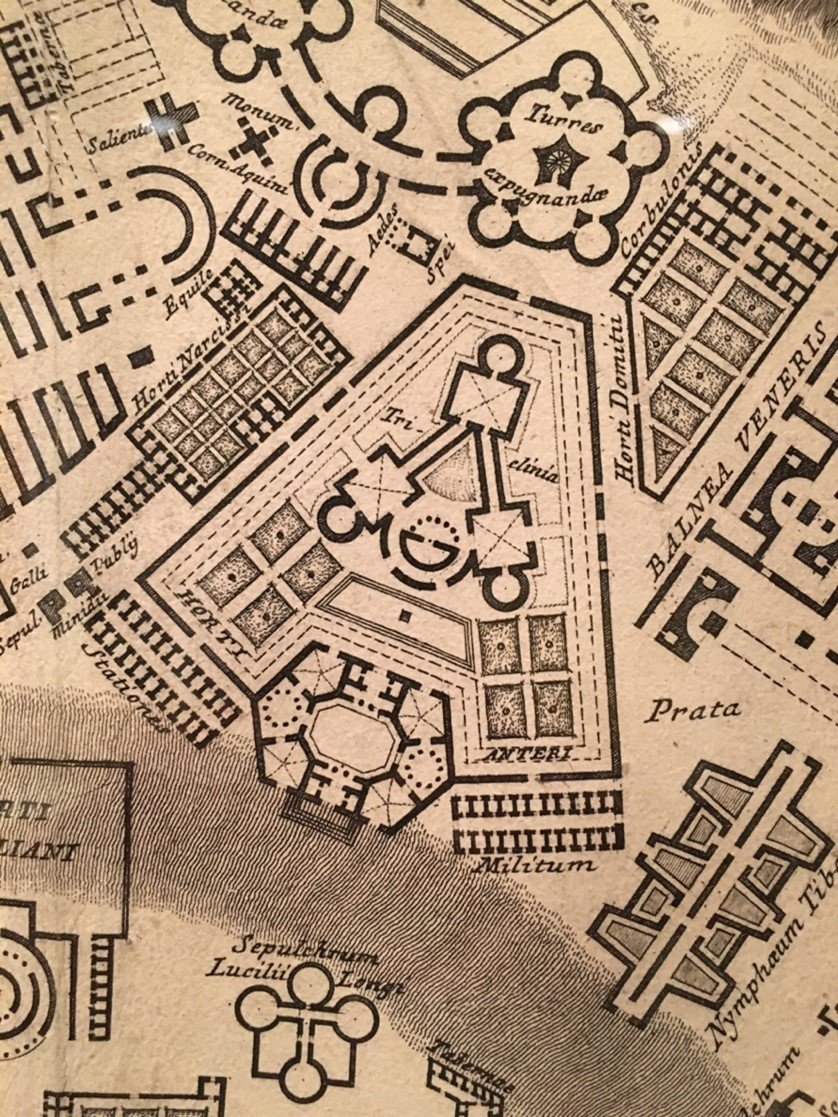 PIRANESI
A FLIGHT OF FANCY
1762
Executed by:
Date:

Giovanni Battista Piranesi (1720-1778) was an 18th-century Italian architect, artist, and Classical archaeologist best known for his etchings of Rome and his atmospheric and fanciful renderings of prison interiors. Sometime after 1762, Piranesi did a plan of the Campus Martius (the Field of Mars) of Rome. It had been an outdoor place of assembly for the Roman people, a place for games, recreation, military drills, and exercise

Piranesi was an artist at heart, and he took liberties in recording the seemingly congested map of floor plans in the Campus Martius at the height of the Roman Empire 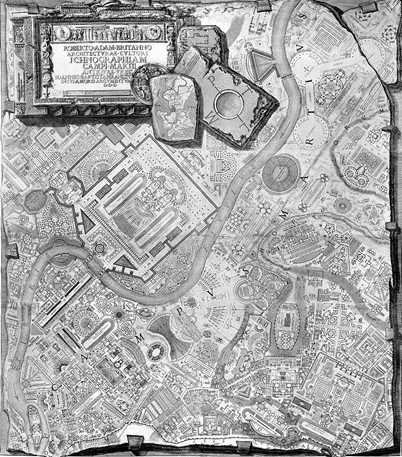 One can study Piranesi’s map from different perspectives. For this exhibit in the Daring Diagonal Virtual Museum, our interest is focused on the geometry of the illustrated floor plans, whether they be accurate portrayals of what Piranesi actually saw or what he filled in with his rampant and fertile imagination. Angular relations and polygonal spaces abound in dizzying profusion. It is a beguiling and visually overwhelming composition of individual floor plans, each symmetrically and geometrically ordered, but positioned one to the other like a thousand puzzle pieces scrambled together by a child in a fit of frustration. 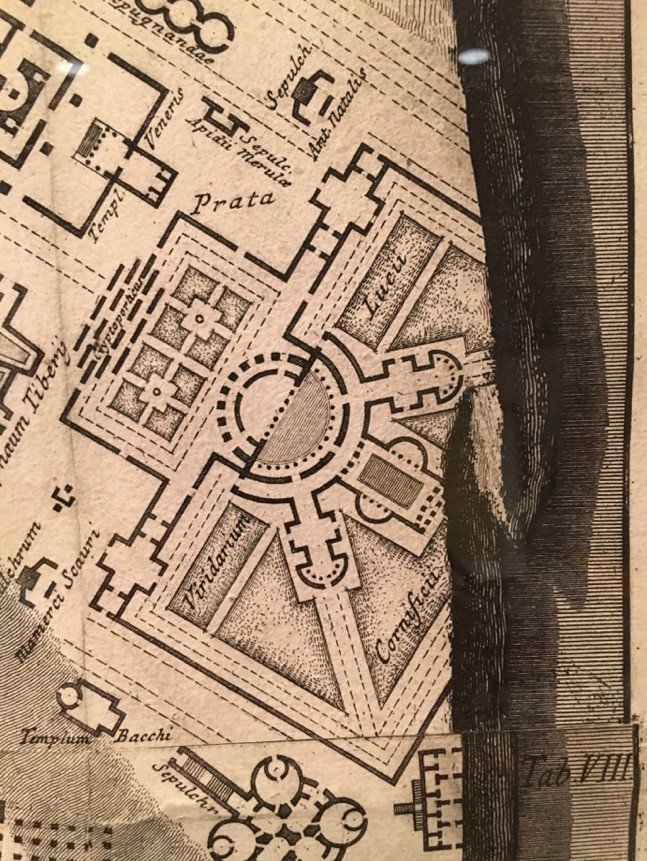 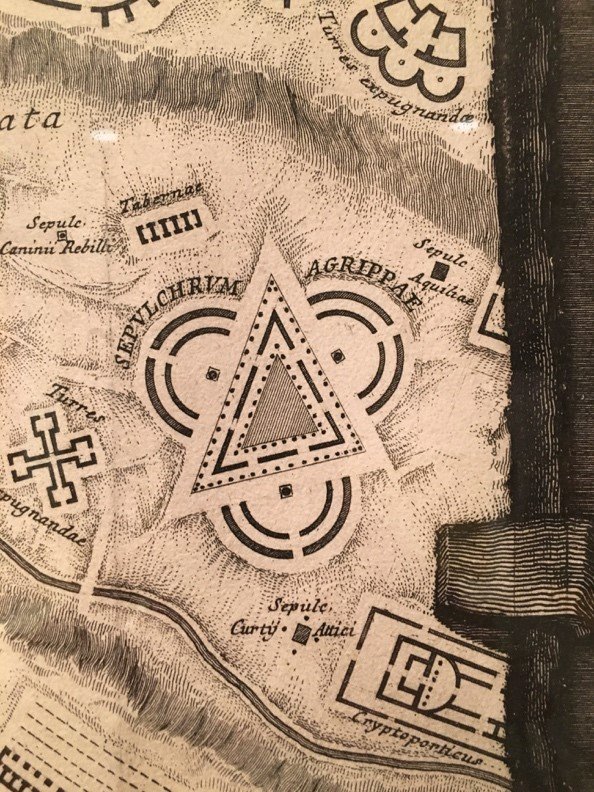 The 20th century renowned Philadelphia architect Louis Kahn hung a copy of the map on the wall of his office over his desk, as did some of Kahn's architectural colleagues and students at the University of Pennsylvania in the 1960s. Kahn was surely a geometrist at heart, as were many architects of the 20th century. So, too, were architects in the late 18th and early 19th centuries, including Piranesi.

David Brownlee and David G. DeLong, in their book Louis I. Kahn: In the Realm of Architecture, write that “Kahn was ready to look sympathetically at history, once again at least from the time he began to teach at Yale in 1947. In 1950-51 he was reintroduced to Rome during his term as a fellow at the American Academy, where he studied Roman archaeological sites on his own” 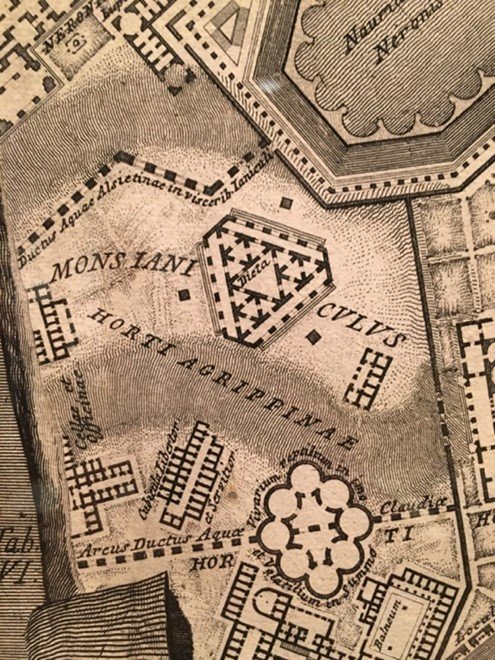 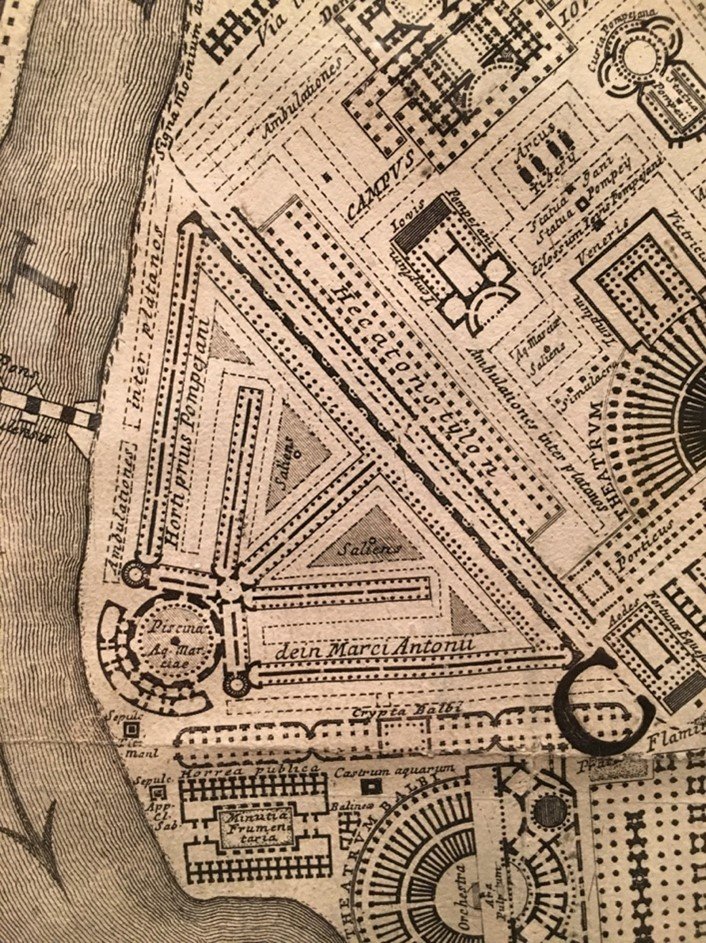 They go on to explain that “Kahn was a Romantic Classic architect, exactly as Piranesi and Ledoux had been. Like Ledoux he wanted them embodied in perfect, hard, geometric forms. Like those architects, and their many colleagues at the dawn of the modern age, Kahn wanted to begin architecture anew by concentrating upon the ruins of the ancient world and starting afresh from them. This is…precisely why Kahn was indeed able to reinvigorate architecture toward the end of the late phase of the International Style. 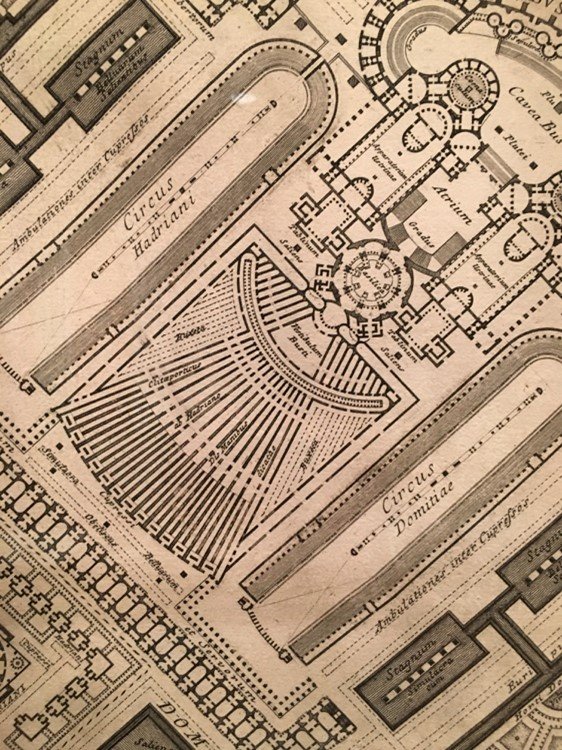 “He was beginning modern architecture again as it had begun in the eighteenth century: with heavy, solid forms derived from structure rather than from the pictorial composition through which modern architects of the twentieth century had later attempted to rival the freedom of abstract painting.” 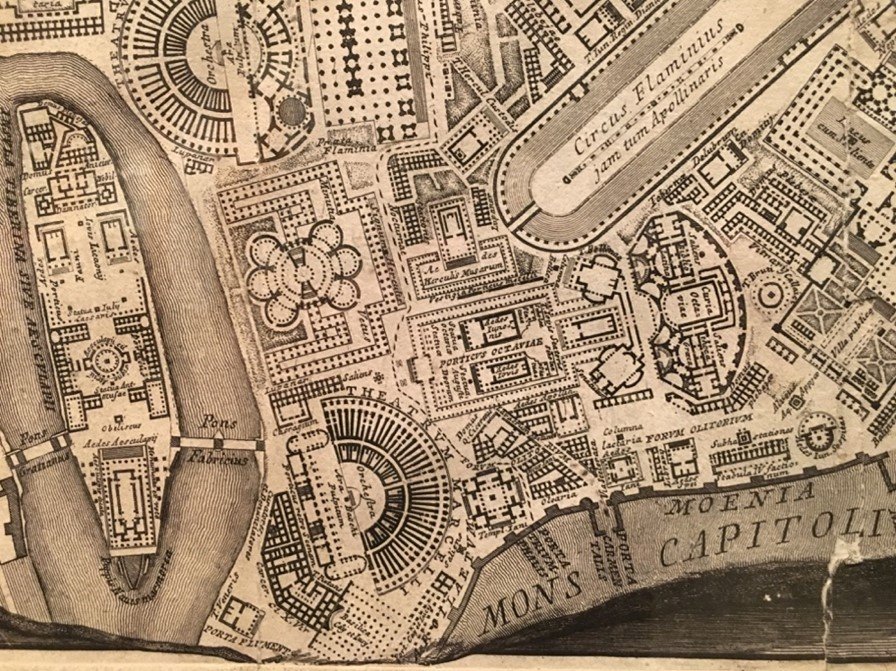 Triangular buildings and triangular architectural relationships between buildings are frequent in Piranesi’s plan. That should not be surprising because the triangle was not an uncommon architectural design feature throughout the 18th century. In 1700 Andrea Pozzo, in his book Perspectiva Pictorum et Architectorum, illustrated a thirty-person monastery based on an equilateral triangle with a hexagonal church in the center. This was followed in 1705 by John-Blaise Santini-Aichel’s Sta. Anna in Three Persons chapel in Penenske Břežany, near Prague, also based on an equilateral triangle. And in 1747 a triangular wooden Uniate Church dedicated to the Holy Trinity was constructed in Belarus. Lastly, William and John Halfpenny published various books on architecture including their New and Compleat System in Architecture. One featured design is a complex layout for a triangular house that echoes some of the building types depicted in Piranesi’s map of Rome. 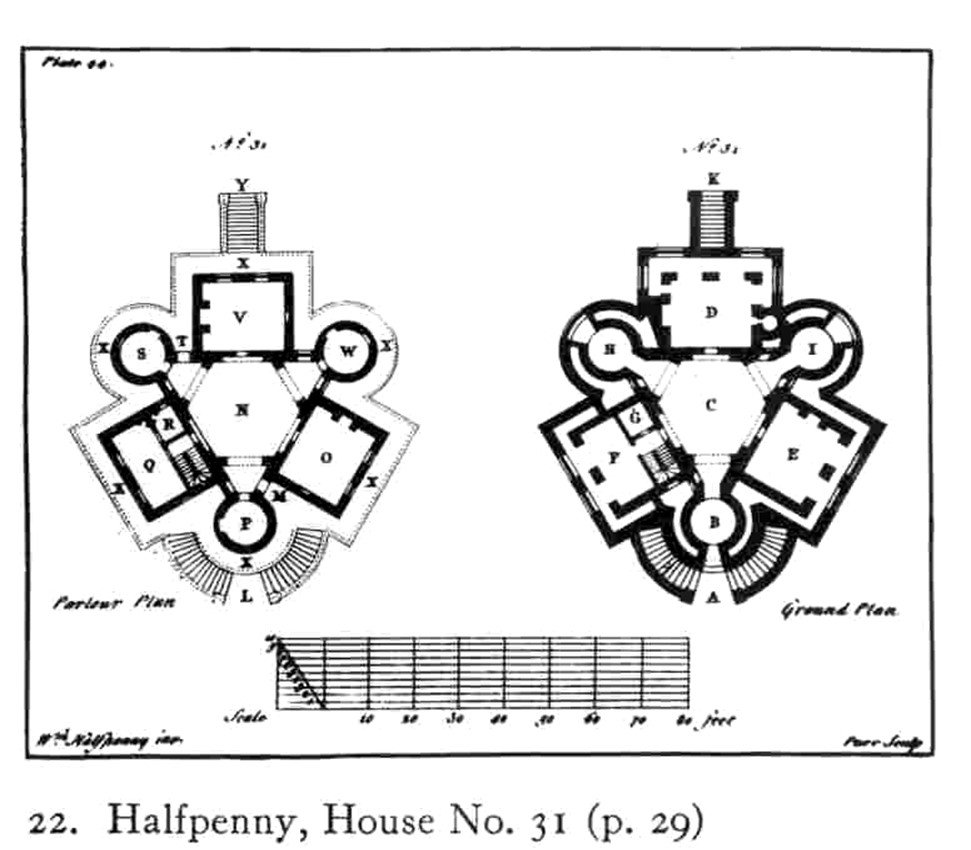