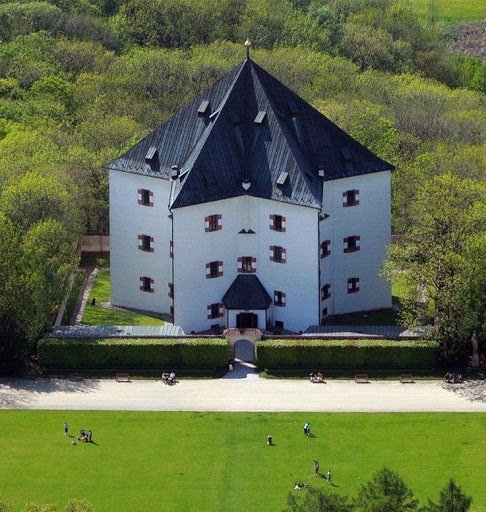 The six-pointed, star-shaped Villa Hvězda is an unusual Renaissance era building still standing west of Prague, Czech Republic. Contrary to polygonal buildings whose external corners are obtuse (greater than 90°) or to the many orthogonal buildings whose corners are square, this summer palace has arrow-head-shaped corners reflective of the diamond-shaped rooms on some of the floors on the interior.

The building has four levels: a basement, two main floors (ground level and first floor) and an upper level ballroom under the roof. The diamond-shaped spaces on the middle two floors are a most unusual feature not found in many buildings built before or after this villa. The triangular lodge at Rushton in England was built in 1593 but no evidence yet exists to suggest Rushton was influenced by the Villa Hvězda. 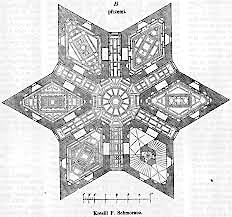 King Ferdinand I was the king of Bohemia and Royal Hungary from 1526 and then King of Croatia from 1527 before becoming the Holy Roman Emperor in 1556. In 1530, when he ruled the Austrian hereditary lands of the Hapsburgs, he founded a game reserve. A quarter of a century later, he commissioned his younger son Ferdinand II, Archduke of Austria, to design and build in the game reserve the Star Villa, known locally as Letohrádek Hvězda. The architect of record was Giovanni Maria Aostalli.

Ferdinand II was well educated, aware of the arts and alchemy. Supposedly, he constructed the building not only for utilitarian purposes, but also as a "Philosopher's dwelling." This reflects the fact that he was a Neo-Platonist, influenced by hermeticism, and professed the principles of harmony, proportion, symmetry, and numeric symbolism. It has been said that the centralized plan suggests an expression of the heliocentric cosmological notions of the time. Not surprisingly, the geometry of the building has its roots in sacred geometry and religion. 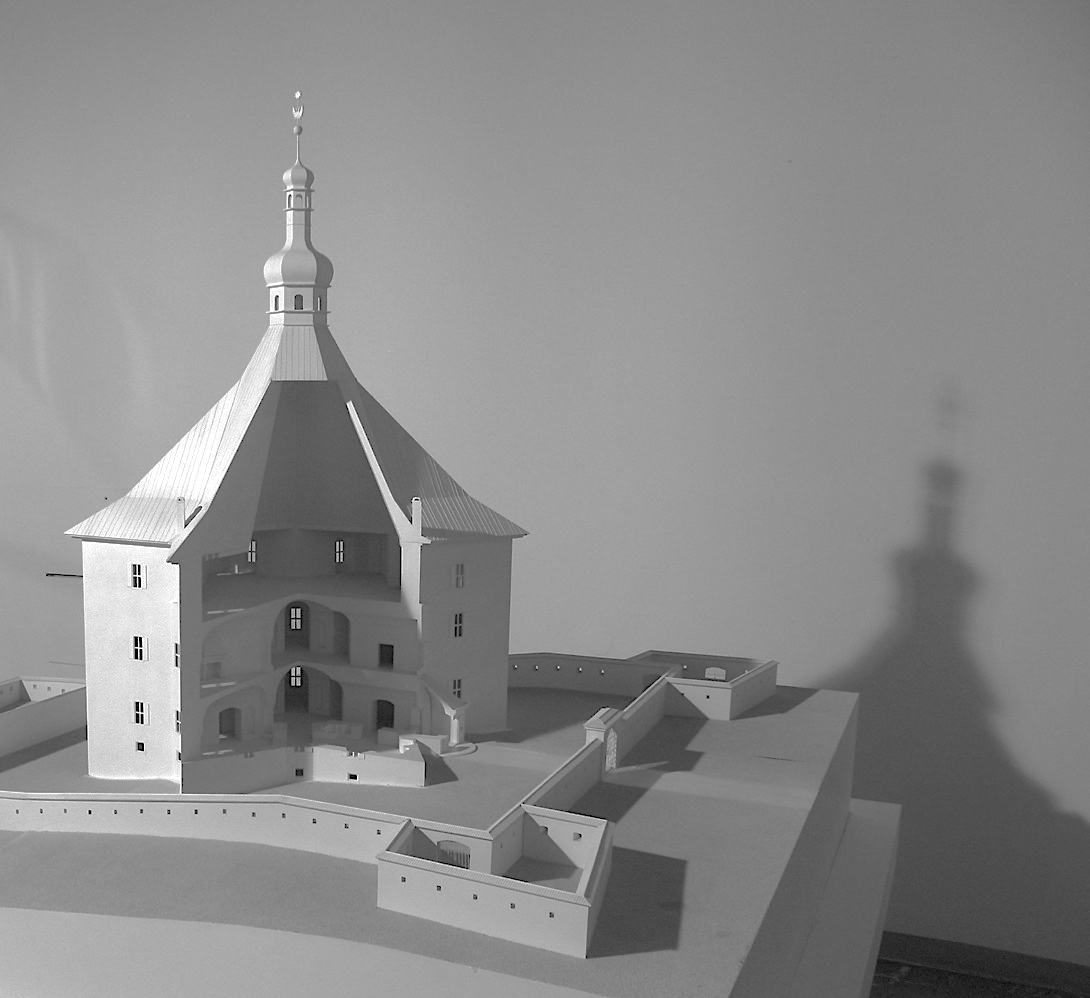