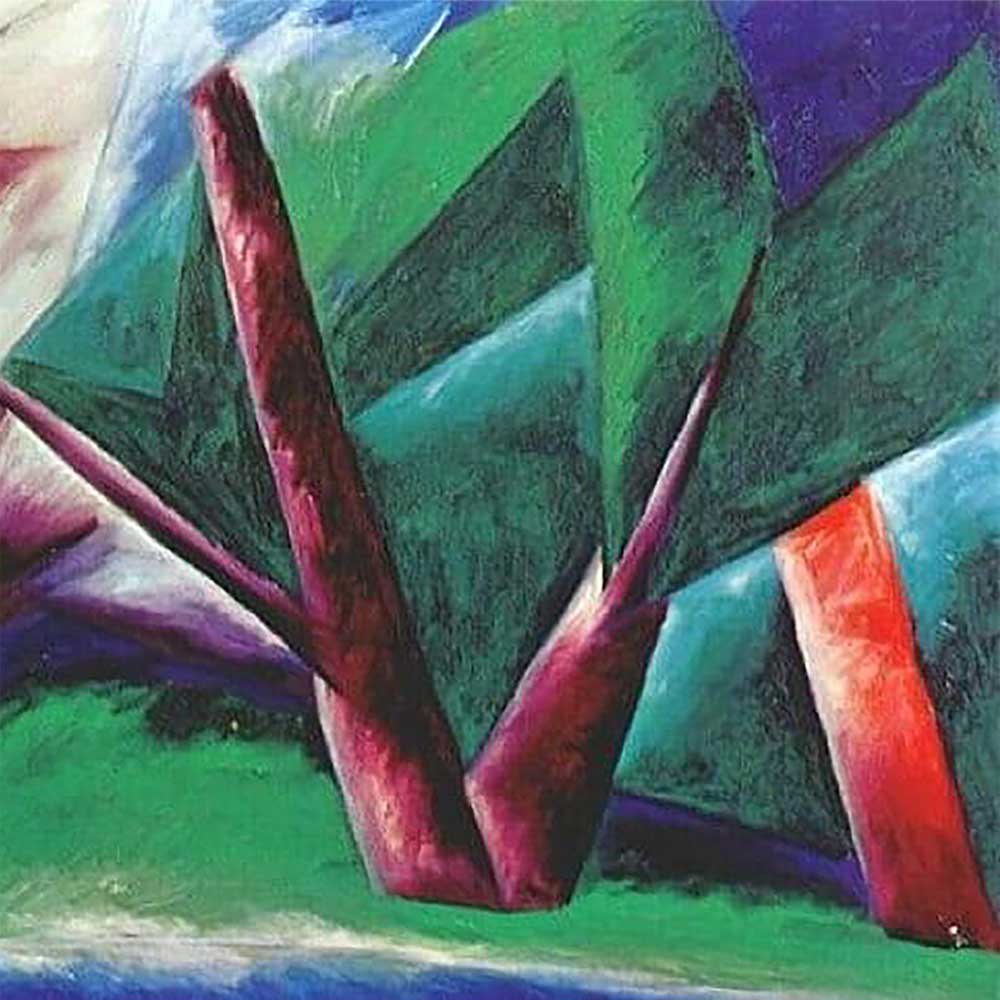 In Russia at the beginning of the 20th century, a group of painters known as the Blue Rose emerged from an earlier group known as the Wanderers. The Blue Rose moved from photographic realism to the dematerialization of nature, a step toward abstraction, geometric simplicity, and fragmentation. Another avant-garde Russian group emerged from a 1910 exhibition in Moscow called the Jack of Diamonds or the Knave of Diamonds. The exhibit included the work of several French cubist artists, notably Albert Gleizes and Jean Metzinger and four Russian artists who had been expelled by the Moscow School of Painting, Sculpture, and Architecture, namely Mikhail Larionov and his lover, then-wife, Natalia Goncharova, Kasimir Malevich and (sometime later) Léopold Survage. The Knave of Diamonds became the largest and one of the most influential exhibition societies of the early Russian avant-garde. An even more radical splinter group formed in 1912, including Larionov. They called themselves The Donkey’s Tail.

Goncharova (1881-1962), daughter of an architect and art school graduate, died broke and forgotten but in 2007 she vaulted to the front of the art world. Her painting Picking Apples sold for $9.8 million. In 1912, Metzinger and Gleizes wrote the first major treatise on Cubism, Du “Cubisme.”