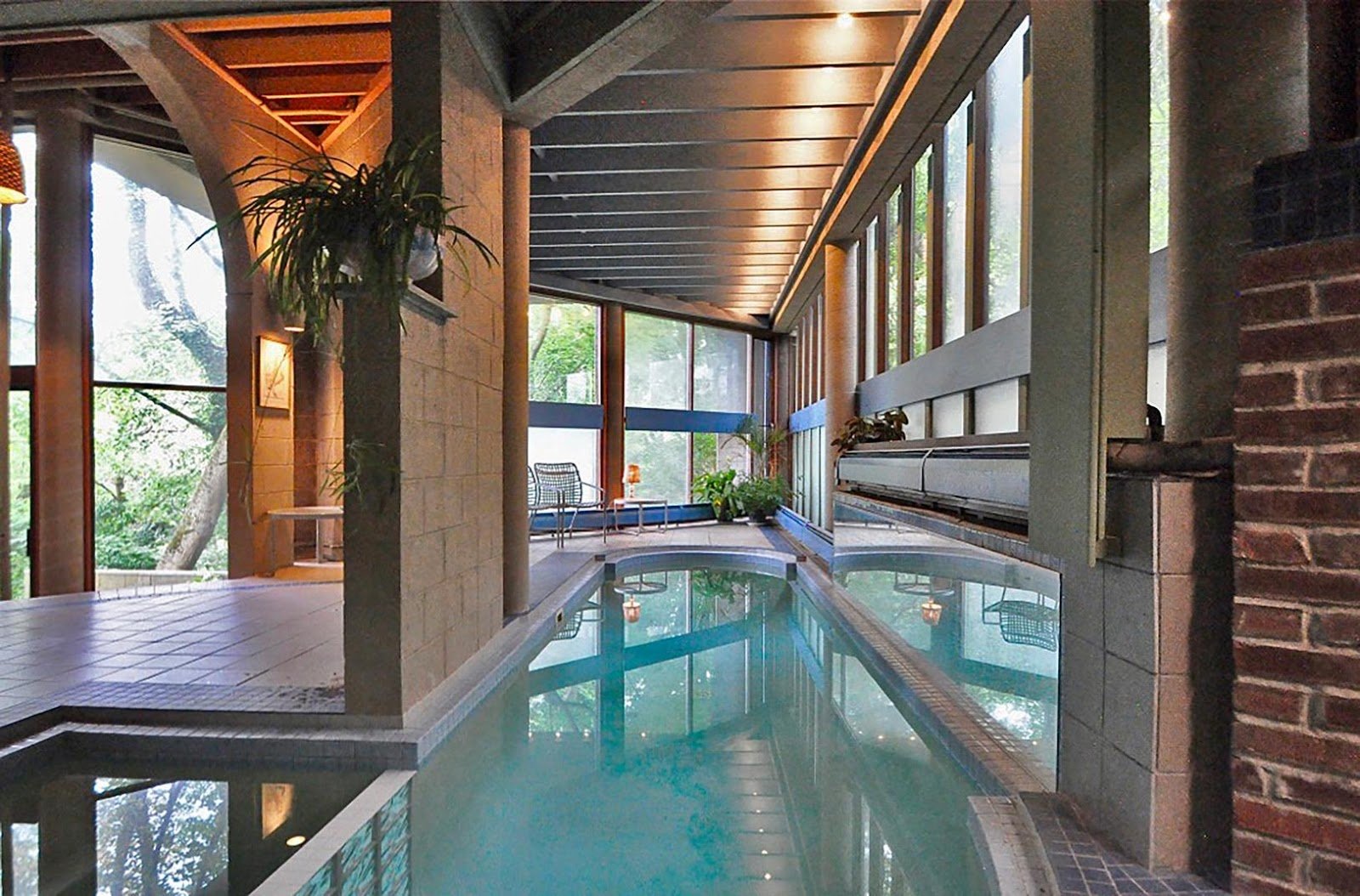 Raphael Villamil came to the US from Puerto Rico when he was 15. After graduating from Georgia Tech, he returned to Puerto Rico to work for several architects, including Henry Klumb, a disciple of Frank Lloyd Wright. In 1963, after returning to the US, Villamil began working for the late Louis I. Kahn, the world-famous 20th century Philadelphia architect. During his time with Kahn, who became a mid-century architectural fountainhead of diagonality, Raphael began thinking about a design for a house for his wife Vicky and himself. Seeing the Villamil house under construction, one would be reminded of the mysterious Fonthill, Henry Chapman Mercer’s truly unique early 20th century concrete castle in Doylestown, Pennsylvania that was added to the National Register of Historic Places in 1972. Villamil confirms that before starting to design his house, he had toured Fonthill, and was inspired by its many diagonal and innovative architectural features. Mercer’s ad hoc but artful design approach influenced Raphael—as it has influenced countless other modern architects. The various materials, angles, and unconventional floor plan of the Villamil Residence suggest that the work of Bruce Goff may also have been a source of inspiration. 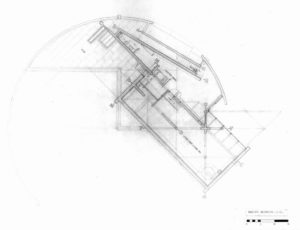 The Villamil house is an unconventional and endlessly original work of art. It is suffused with spatial invention and imaginative details made even more appealing with a palette of soothing colors and unexpected lighting. Vines that hang from upper levels were inspired by gardens remembered from the architect’s life in Puerto Rico. The living room rises dramatically into a skylighted sloping roof. The low-ceilinged library, rendered enchanting with unexpected angles, is filled with literary classics enjoyed by Raphael and his wife, Vicky. Sunlight floods through a long wall of glass into the dining room and into Vicky’s triangular music room.

The house, with all its complex geometry and spatial mystery, is the perfect background for Raphael’s own art, which is also geometrically complex and mysterious. His early work consisted of angular compositions and assemblage art, works that were exhibited in his first retrospective at the Museum of the University of Puerto Rico (1954-61). Despite Raphael’s turbulent and frustrating history in the world of art, the Museum of Contemporary Art in Puerto Rico deemed Raphael’s work worthy of a huge one-man show in 2006.