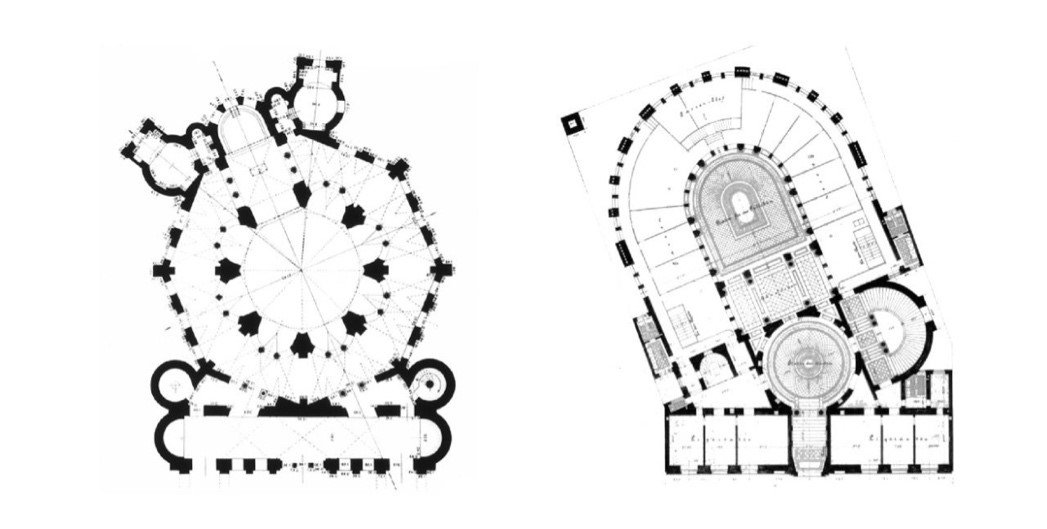 To best understand the roots of Diagonality, it is important to distinguish between Diagonality’s antecedents and precursors. To understand antecedents, consider this hypothetical example: imagine that architects in ancient Egypt had reason to create a triangular room amid a floor plan consisting of otherwise rectangular rooms. The triangular room should be regarded as an antecedent if, over time, it is later rediscovered by architects, for instance in the 20th century, and is reinterpreted and put to use.

If, however, the original triangular room in ancient Egypt immediately starts a trend with architects in that culture to incorporate triangular rooms in other Egyptian buildings, then the first triangular room would be described as the precursor of those that followed because it is ‘built upon’ by subsequent practitioners.

In summary, if replications of a new approach to design occurs soon after the original, then the original should be regarded as the precursor, not the antecedent.

Related Galleries: 1.3 - Diagonality in a Nutshell | 3.14 - WRITINGS ON DIAGONALITY