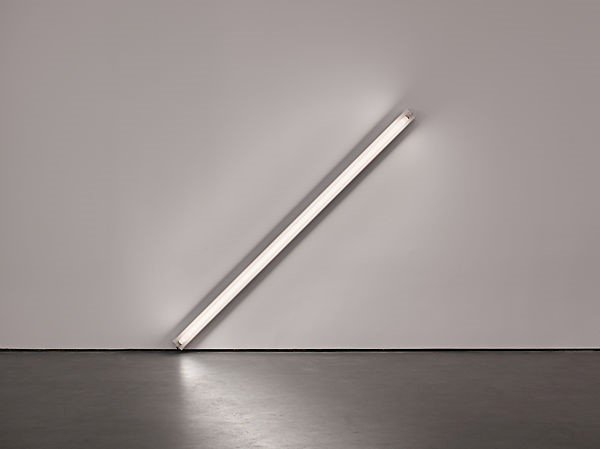 Dan Flavin (1933-1966) was an American minimalist artist who used fluorescent light fixtures as sculptural objects. He was influenced by artists whose diagonal motifs figured strongly in their oeuvre. These include Piet Mondrian, Wassily Kandinsky, Marcel Duchamp, Theo van Doesburg, and the Russian constructivist sculptor Vladimir Tatlin. Flavin was intent on celebrating movement by “exploiting the liveliness and speed implied by the diagonal.”

Flavin executed 39 “monuments” to Vladimir Tatlin, an artist he held in very high regard, particularly for Tatlin’s "Monument to the Third International (1919-1920)," a Constructivist work that was intended to be an office building. The leaning, spiraling steel sculpture, designed as a towering symbol of modernity, can be found in most art history books covering the modern era. A work that links Diagonality to social upheaval, the monument was intended for erection in Petrograd (now St. Petersburg) in recognition of the Bolshevik revolution of 1917.