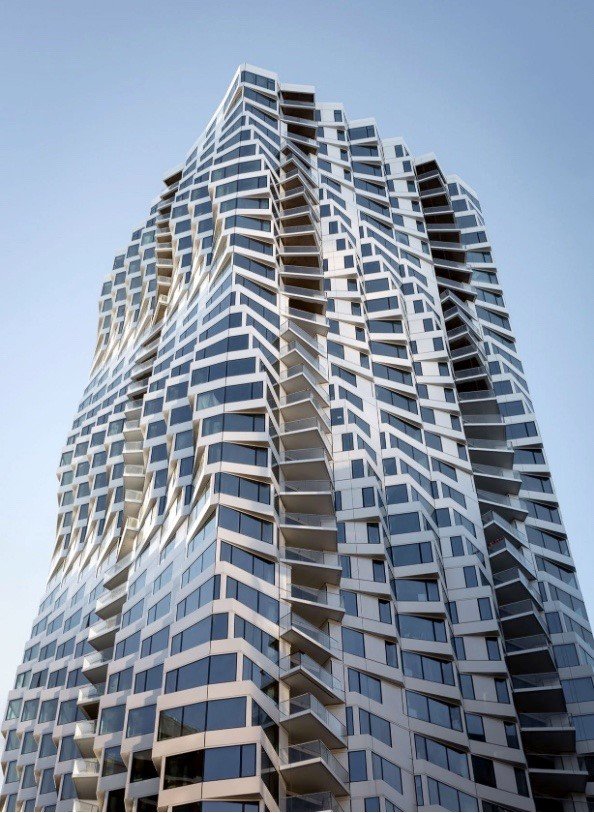 The diagonals created in this twisting 392-unit apartment building in the Mission Bay neighborhood of San Francisco result from a sequential rotation of the floor plan. The units’ bay windows and balconies twist and turn to capture varying views of San Francisco Bay. In the interior, columns have angular shapes with six or eight sides. The MIRA tower echoes aspects of the firm’s dazzling "Aqua tower" in Chicago.

The MIRA tower owes a debt to Kahn and Tyng’s mid-20th century "City Tower Project" that broke the mold of shoebox-shaped high-rise towers. Gang is also indebted to the late Zaha Hadid, who paved the way for many women architects and for buildings that employ dramatic curves.