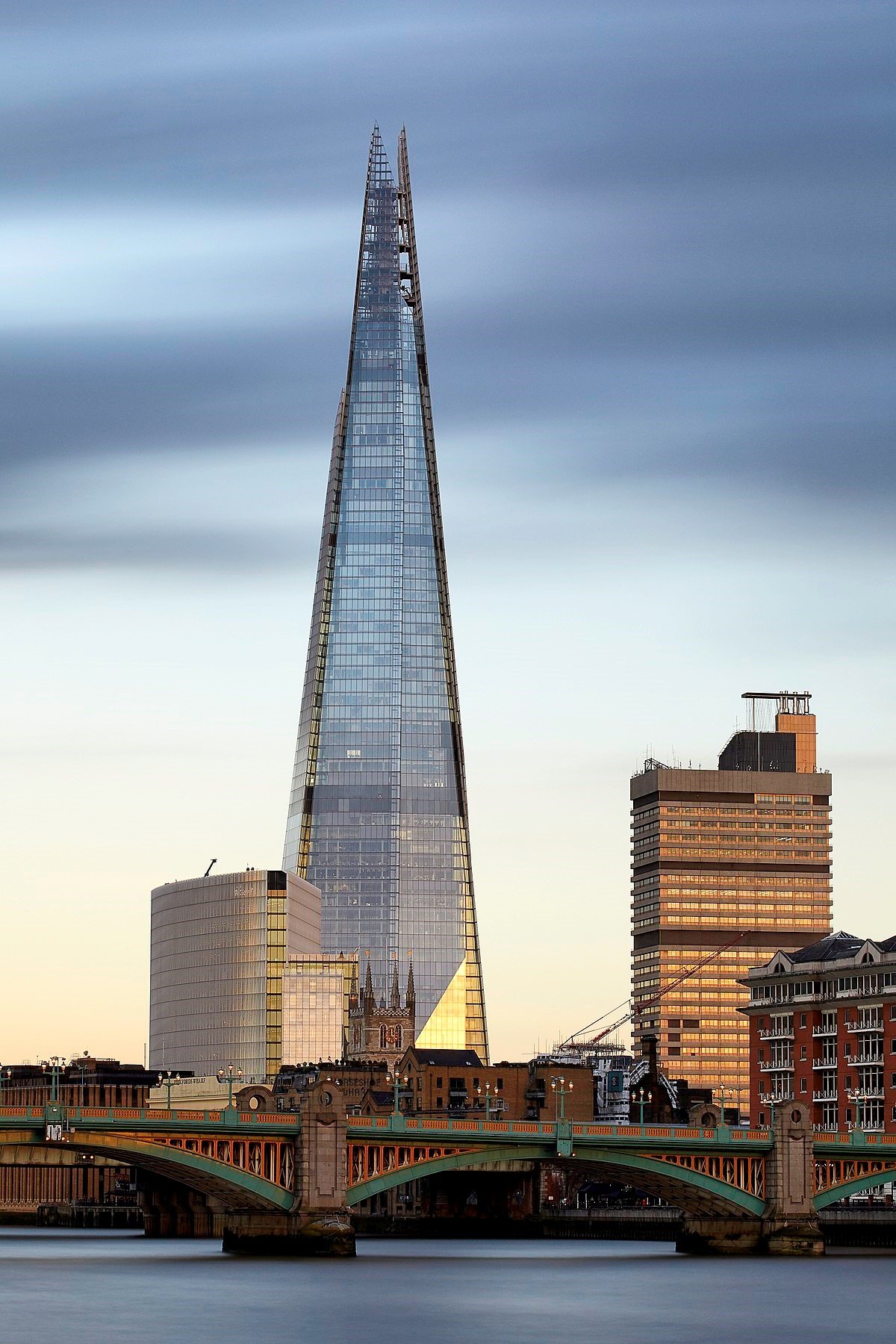 This 95-story tower in Southwark, London is the work of the brilliant Italian architect Renzo Piano. Over 1,000 feet high, it is the tallest building in the United Kingdom. Construction started in 2009 and it opened to the public in 2013.

The project goes back to 2000 when the developer had lunch in Berlin with the architect. Over lunch, Piano sketched a spire, and a deal was struck. The proposal to build the Shard was initially opposed by many conservative group in London, due in large part to its height and perhaps its unconventional tapering profile. Reportedly, Piano was inspired by London’s spires as depicted in an 18th century painting and other historic engravings as well as by the masts of sailing ships (Piano grew up in Genoa).

The dramatic departure of the building’s profile from the predominantly orthogonal facades of London up through the 20th century can be attributed to the acceptance of the Diagonal motif in all aspects of design as well as to the gradual embrace of non-orthogonal geometry by designers—architects in particular—during the 20th century. Had this shift in sentiment and practice not occurred, it is likely that this marvelous work of architecture would never have been given final approval by the Royal Parks Foundation and English Heritage.

The top of the Shard ends in something of a sky-reaching finial reminiscent of the Art Deco top of Bruce Goff’s tower for the Boston Avenue Methodist Church in Tulsa, Oklahoma, which Piano may have seen in his readings as a student of architecture. (Art historians believe that credit for that dramatic church structure should be shared with Adah Robinson, an art teacher who was later Goff’s client.)

Although there is no certain evidence that Piano was influenced by the Tulsa church, one can't overlook the common feature it shares with the Shard. About the Tulsa church, Wikipedia has this to say: “At the top of the tower, as well as on many of the other high points and used much in the same manner that churches in the Middle Ages utilized crockets and finials, is a stylized sculpture that represents two hands raised upward in prayer. This motif of praying hands is one that is echoed throughout the building and is one of the areas of design that can be traced back to the early drawings by Robinson.” Some wit has said that the finial atop the Shard represents two hands, palm-to-palm, praying that the adventurous Shard would finally be built.