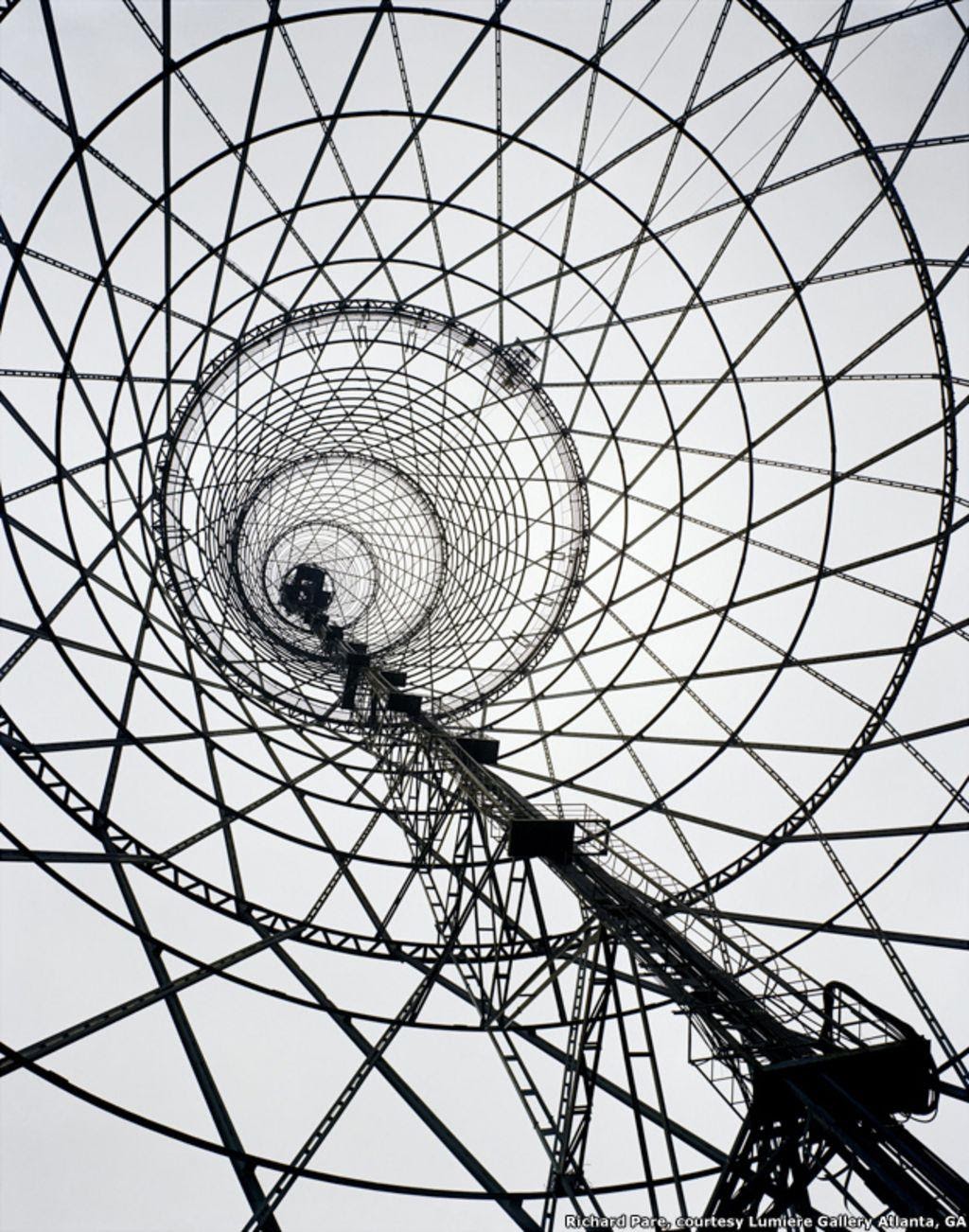 Throughout the 19th century, cultural developments were occurring in many disciplines, leading to the full blossoming of Diagonality in the 20th century. One individual central to this critically formative period was the Russian polymath—engineer, scientist, architect, and photographer—Vladimir Shukhov (1853-1939). Shukhov saw the potential of triangulating a lattice of narrow steel bands and wires to create huge, light-weight engineering and architectural structures that had never been seen before, except as proposed designs. Their triangulated geometry resulted in a shift in the imagined geometry of the built environment.

In 1876, Shukhov graduated from college with a Gold Medal. Rejecting an offer to teach mathematics, he decided to become an engineer, traveling first, however, to Philadelphia in the United States to visit the Centennial Exposition. His visit to the Exposition is noteworthy for several reasons. First is the fact that he came into contact with the kindergarten toys of the German educational innovator Friedrich Fröebel (who actually invented the word kindergarten). It is possible that Shukhov had already fallen under Fröebel's spell in Russia because Fröebel's groundbreaking and very influential educational system had spread worldwide, even as far east as Japan. (The mother of the great American architect Frank Lloyd Wright also attended the Exposition and bought her son a set of the Froebel toys, which Wright himself has claimed deeply influenced his sense of geometry and design.)

At the Centennial Exposition, Shukhov met Alexander Veniaminovich Bari, a young fellow Russian, who had worked on organizing the Exposition. A year later, Shukhov and Bari met again, in Russia, and Bari convinced Shukhov to abandon his medical education, which Shukhov had begun to pursue after becoming frustrated with the routine engineering he was performing as a draftsman in an office of the Warsaw-Vienna railroad. Shukhov must have been delightfully stunned when Bari proposed that he become the Chief Engineer in a new company specializing in innovative engineering.

In light of his many projects and the quality of his engineering endeavors, Shukhov is often referred to as the Russian Edison. He is also compared to Gustave Eiffel because of his many contributions in the field of metal construction. This activity included hyperboloid structures, thin-shell structures, and tensile structures. Shukhov's first hyperboloid tower (in fact the first in the world, in1896) was a 37-meter (121-foot) high water tower. Within a decade the engineering principle and economic advantages of this prototype caught the attention of engineers around the world. The world followed the design principles set forth in hundreds of Shukhov-designed water towers, lighthouses, and supports for electric transmission lines. Given the replication of this design with its diagonal interweaving of structural bands, the mindset of engineers who created these structures and the ordinary citizens who saw them were altered. As a consequence, non-orthogonal geometry was embraced as an acceptable structural and design motif.