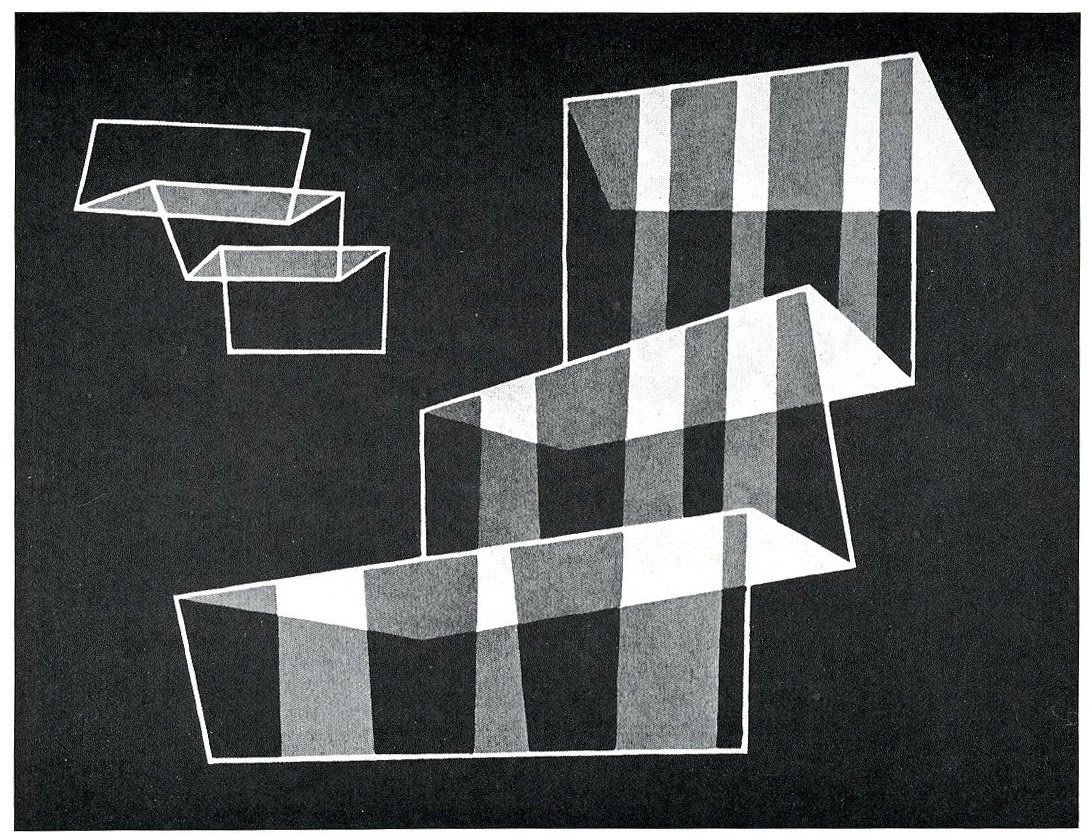 The works and teachings of German-born artist and educator Josef Albers (1888-1976) are central to the emergence of Diagonality in the 20th century. In 1925, Albers was promoted to professor at the famous German teaching institution the Bauhaus when the institution moved from Weimer to Dessau. There, he married Anni Albers (née Annelise Fleischmann), who was his life-long partner in creative adventures and an equally significant artist in her own right.

In 1933, when the Nazis forced the closure of the Bauhaus, many noteworthy and potentially influential artists left the country. Architect Philip Johnson, then curator of the Museum of Modern Art in New York City, helped Albers land a job as head of Black Mountain College, an art school in North Carolina. A move important to the history of Diagonality occurred in 1950, when Albers left Black Mountain College and went to Yale University to head its department of design. Yale at that time was a cauldron of creativity and revolutionary ideas. It was a hotbed of Diagonality. Architect Louis Kahn taught there from 1947 to 1957. Historian and lecturer Vincent Scully Jr., a diagonal enthusiast and proponent of the diagonal motif exemplified by Michelangelo’s fortification drawings, also started teaching at Yale beginning in 1947.

Although well-known for his paintings of concentric squares in a disciplined arrangement of colors, Albers' lesser known drawings in black on white, white on black, and some with variable shadings of gray, make a significant contribution to the world of minimalist geometric art. At first glance, his series called Despite Straight Lines published by the MIT Press, might be dismissed as simply visually engaging. Some drawings use only vertical and horizontal lines, but even with this limited vocabulary Albers manages to achieve compelling diagonal patterns. When he tilts all the lines, so that nothing in the drawing is parallel to the rectangular frame of the page, Albers performs geometric magic. On close and patient inspection, all sorts of visual illusions become apparent, similar to an Escher graphic. Planes appear to recede, then shift and move forward. The precision, discipline, and inventiveness of Albers’ Despite Straight Lines is a marvel to behold and endlessly rewarding.