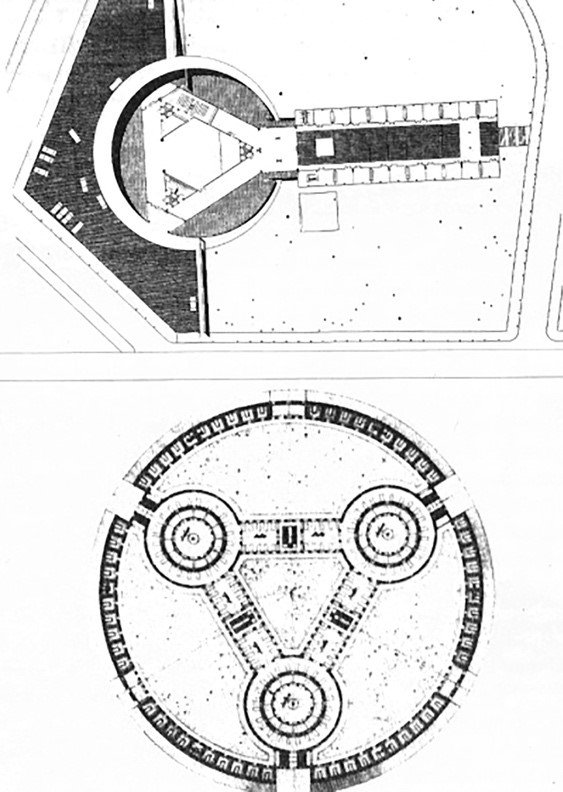 DRAWING ON HISTORY
LOUIS I. KAHN
1947>
Executed by:
Date:

Louis I. Kahn (1901-1974) was a Philadelphia architect and one of the very brightest and original architectural lights that shined in the second half of the 20th century. After working for several local firms, Kahn opened his own office in 1935. He taught at the Yale School of Architecture from 1947 to 1957, a deeply formative decade for his career, and then was a professor at the School of Design at the University of Pennsylvania starting in 1957.

The Sesquicentennial International Exposition - Philadelphia: Just after graduation from the School of Architecture at the University of Pennsylvania in 1924, Kahn got a job working in the office of the City Architect. A year later he became chief of design for the proposed Sesquicentennial International Exposition that would open to the public in the following year. There was little diagonality in the proposed wood and stucco buildings, but Art Deco waves and zigzags were applied sparingly to the simplified modern classicism. The zigzags in part laid the groundwork for the zeitgeist of Diagonality that emerged in the decades soon to come.

Caerlaverock Castle: In 1928 at age 27, Kahn travelled to Europe and visited many Scottish castles. It would be surprising if he did not visit or did not know of Caerlaverock Castle, a ruins from the 13th century located on the southern coast of Scotland. The castle is a triangular complex sitting in a triangular moat. This castle, whether through visit or reading, may have been one of the earliest influences on Kahn's later embrace of the diagonal motif. 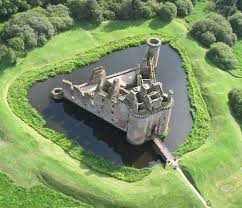 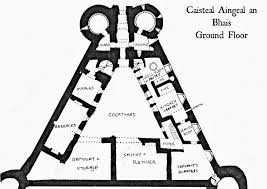 Century of Progress Exhibition - Chicago: Kahn was surely aware of many buildings at the 1933-34 Century of Progress Exhibition in Chicago. In fact, he worked on the design of the General Exhibits Building for his employer Paul Cret who had been the head of School of Architecture at Penn when Kahn was a student there. There was a considerable amount of Art Deco diagonality in the decoration of the buildings such as the Travel and Transport Building with its octagonal plan, angular towers of blue glass, spires, diagonal guy wires and a typical burst of angular rays on the main facade. 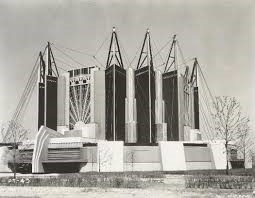 Also, to be seen at the Century of Progress Exhibition was Fred Keck's House of Tomorrow with its prism-like dodecagonal floor plan and central staircase that opened onto wedge-shaped rooms. Thirty-nine million people visited the fair, a showcase for Art Deco design.