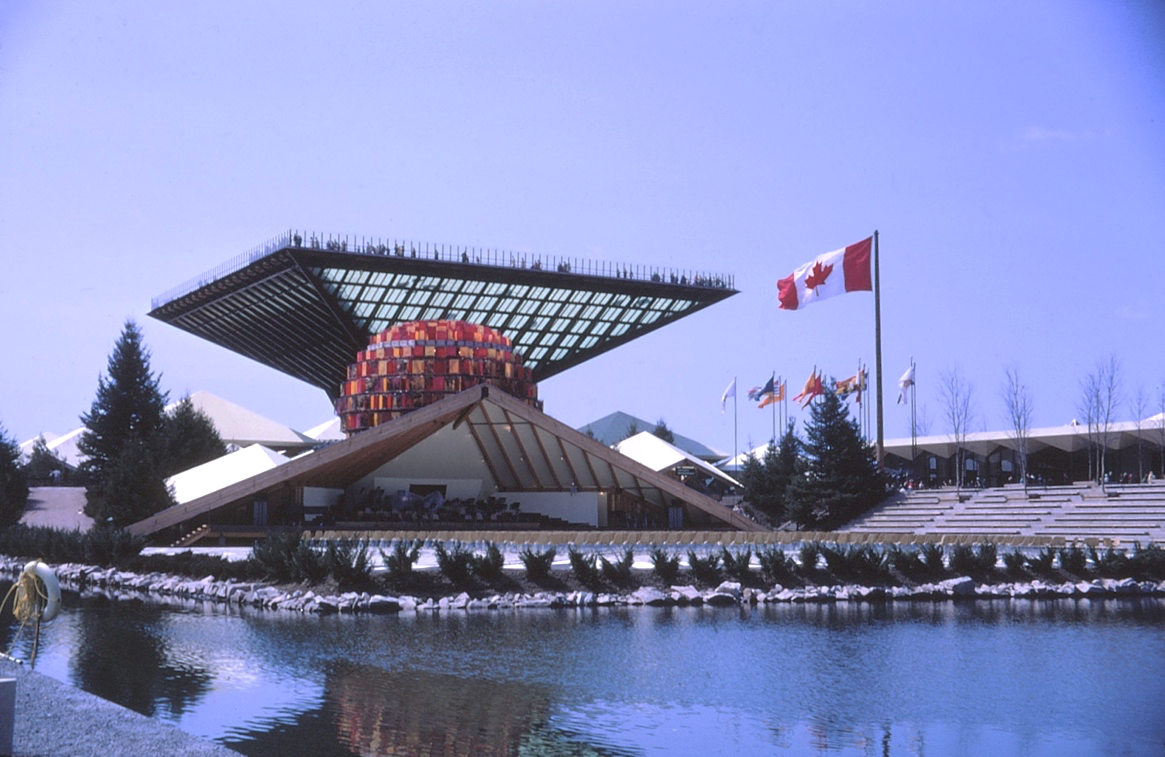 The design of the inverted pyramid designed by architects Rod Robbie and Colin Vaughan came about by chance. The architects, all smokers, were working with cardboard box models for various planned pavilion structures when someone placed a large, green, inverted pyramid shaped ashtray amid the boxes, perhaps as a convenient, reachable location for all gathered about the box models. That ashtray, according to an account on the Canadian Pavilion Wikipedia site became the inspiration for this arresting project. 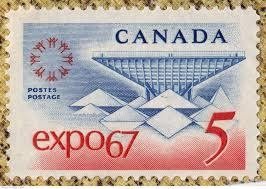 The pavilion, also called Katimavik, was nine stories high, weighed 1,000 tons, and was supported by four columns. A rotating theater was housed at its based. It had a hollow steel frame and was open to the sky. Moving wedge-shaped chambers carried audiences from one screen to another. Surrounding the theater were smaller linked pyramids that housed exhibits. 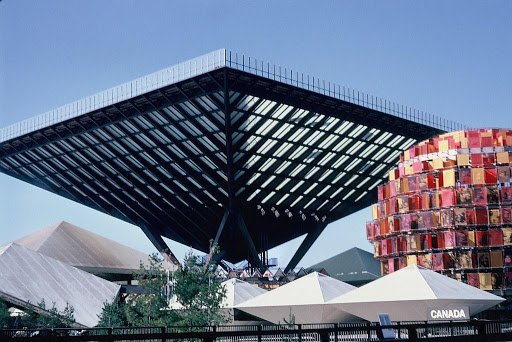 The probable inspiration for the Canadian Pavilion at Expo 67 was the 1945/55 Caracas Museum of Modern Art by the Brazilian architect Oscar Niemeyer (1907-2012). The Caracas Museum project, here exhibited in the DDVM, has sometimes referred to as the "Stone Flower." It was never built. 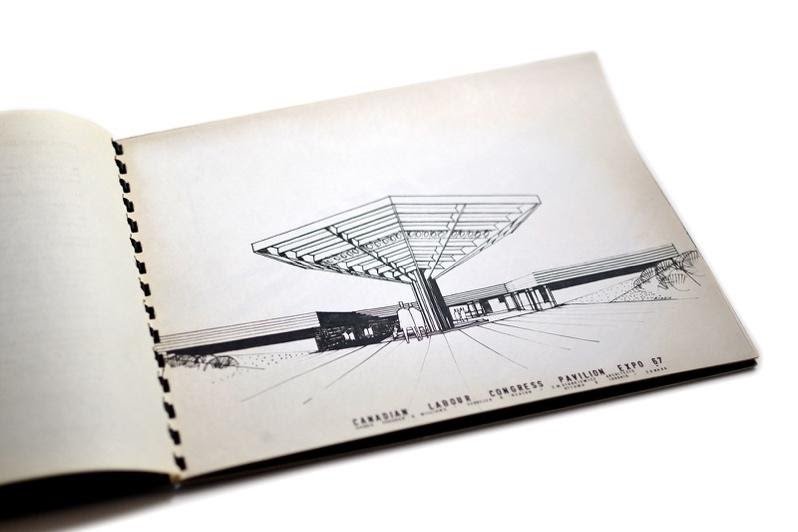