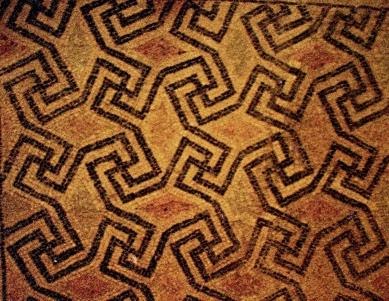 MOSAICS
———–
The Promise of Diagonality
Executed by:
Date:

Mosaics were first created about 2000 BCE by artisans who pushed cones of terracotta point-first into a medium that formed a decoration. Pebble pavements were introduced in the 8th century BCE with colored pebbles, but these were geometrically unstructured and were non-representational. It was the ancient Greeks who transformed mosaics into an art form in the 4th century with images of animals and people and an array of geometric forms. 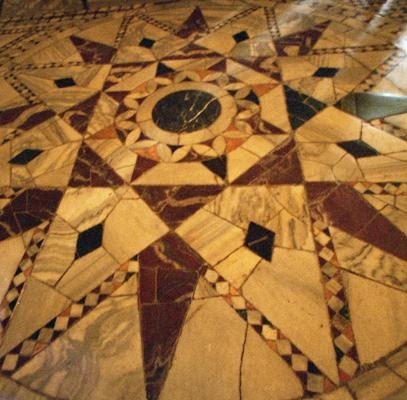 By the 2nd century BCE, small tesserae were being manufactured and employed in mosaic work to add extra detail and color. The Greeks used mosaics to create floor and wall decoration. Colored glass was used along with stones (usually marble and oftentimes cube shaped), but the glass was limited to use on walls. 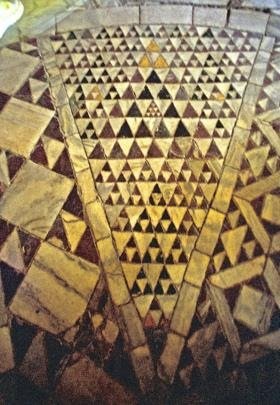 The ancient Greeks and Romans were much more adventurous with the angular geometry of their mosaics than with the geometry of their buildings. Although the diagonal motif abounds in Greek and Roman mosaics, it would take dramatic changes in building engineering, building materials, and aesthetic attitudes before what we see in the ancient mosaics to find expression in buildings and art of the modern era. 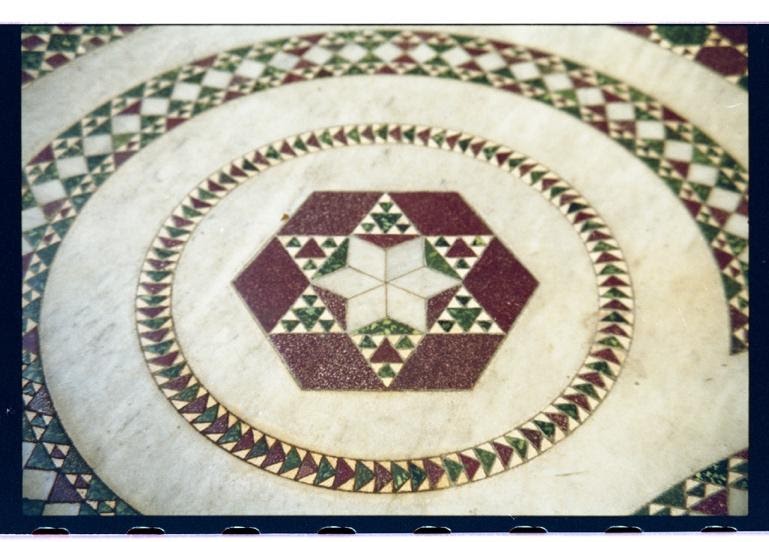 It is relatively easy to create adventurous and daring arrays of complex geometric shapes in two dimensions, but to transform those flat patterns into three dimensional habitable structures is a challenge of a different order. Such a leap required centuries of technological development and the dissolution of the strictures that revered the right angle in construction and largely discouraged complex geometry in architecture until the end of the 19th century. But the promise and the vision of Diagonality in three dimensions was there visible underfoot for centuries. 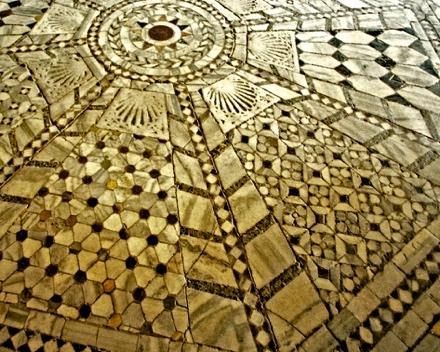