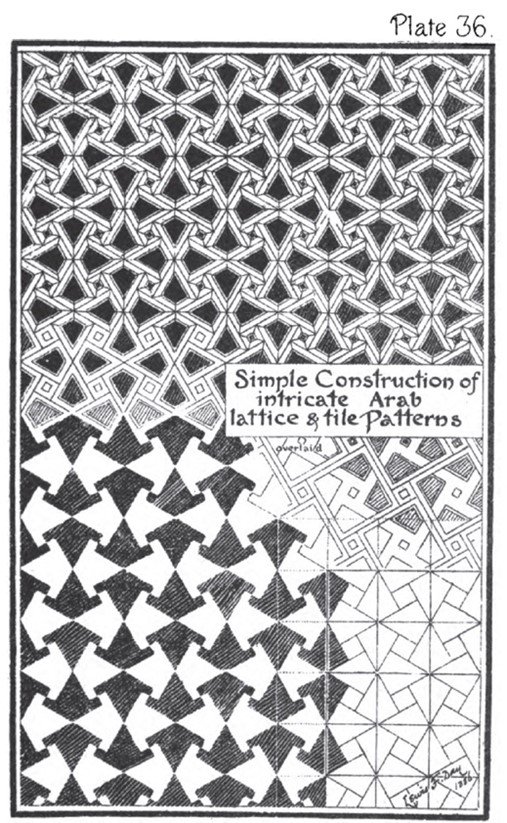 THE ANATOMY OF PATTERN
LEWIS FOREMAN DAY
1887
Executed by:
Date:

In 1887, Lewis Foreman Day (1845-1910)—designer, writer, and critic—published The Anatomy of Pattern. The book was revised several times with some images removed and new ones added. It was one of several of his books that informed designers and students of patterns with which they were likely not familiar. Day’s designs and publications were part of the Aesthetic Movement in Britain unfolding at the very end of the 19th century and the beginning of the 20th century. 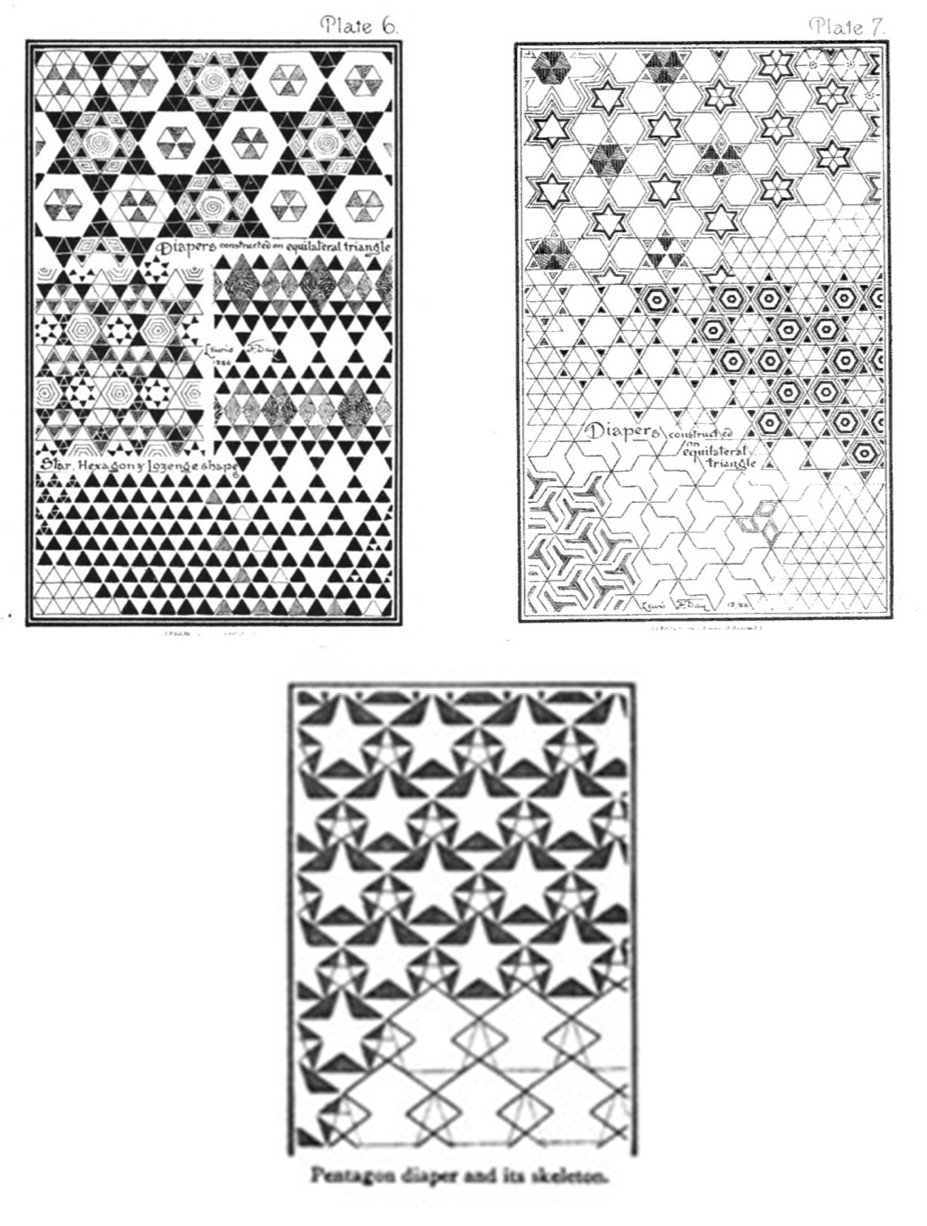 Day dissected decorative patterns to reveal their underlying geometric structure with the goal of bettering the decoration. However, there was a growing aesthetic thirst for the beauty of the underlying structure. The result was a rejection of decoration in the modern world and a movement toward structure-revealed and the exploration in art and architecture of geometric shapes and forms for their own sake. Day’s dissections were a far cry from the floral damask patterns (plate 41) that Day had been thinking his dissections (plate 8) would help to improve. 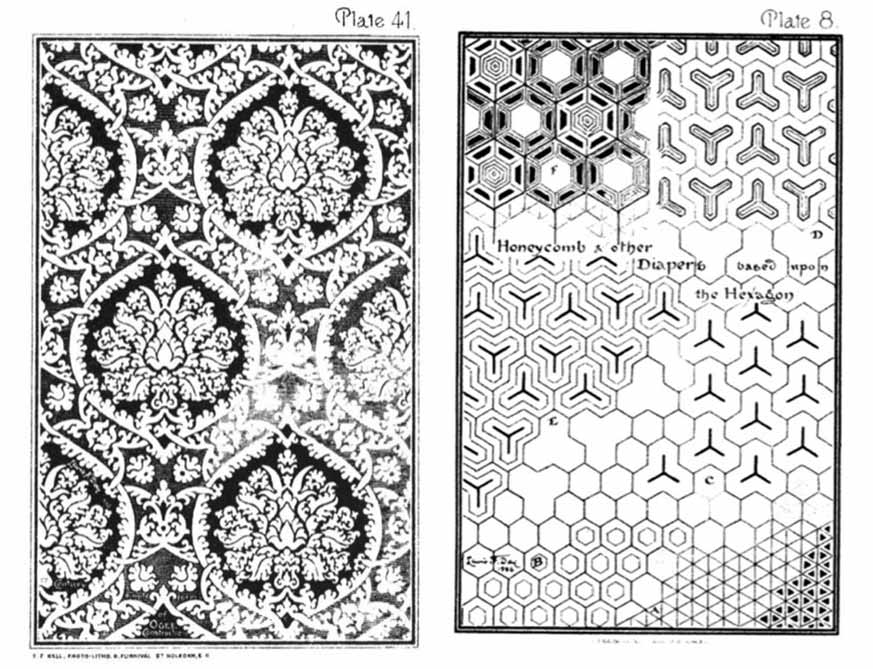 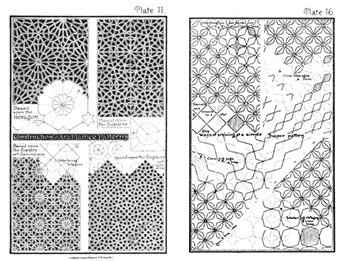 These patterns covered a wide range of styles; noteworthy are the geometric patterns that involved diagonal relationships. This is critical because when Day's books came on the market, the Phenomenon of Diagonality was just about to emerge. Although there is no definite evidence of linkage, one can imagine that Day's images of diagonal patterns influenced the broad world of design, especially the work of the influential American architect Frank Lloyd Wright, who was always open to outside influences (although he rarely acknowledged them).

What Day chose to dismiss is what 20th-century artists and architects chose to embrace. Day writes, “An actually hap-hazard (sic) or eccentric scheme of composition, such as a Japanese will sometimes effect, is hardly in contradiction to what I have laid down. When a Japanese artist cuts a panel quaintly in two, after the manner of Plate 34, and treats each part of it as seems good to his queer mind, he is only doing what the Pompeian decorator did when he cut off a portion of his wall and painted it as a dado; though he does it more energetically, not to say spasmodically, and with less appreciation of proportion. 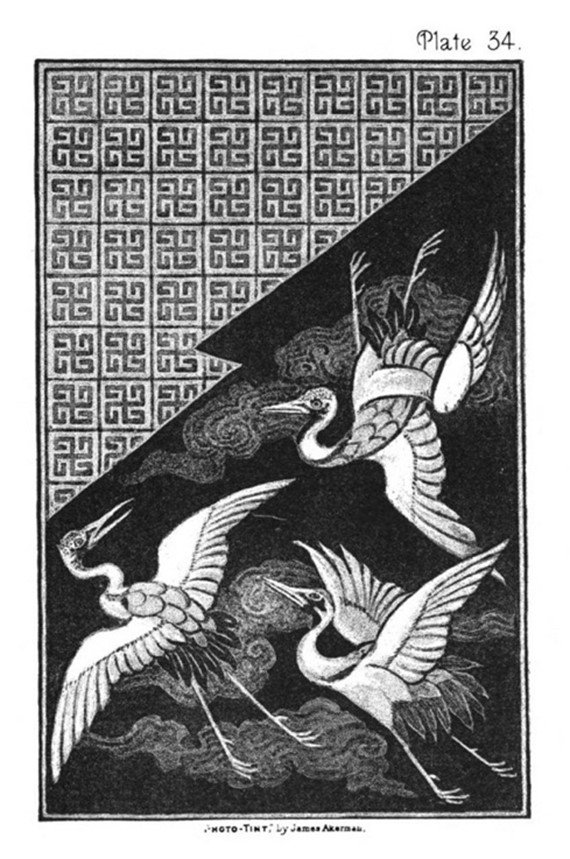 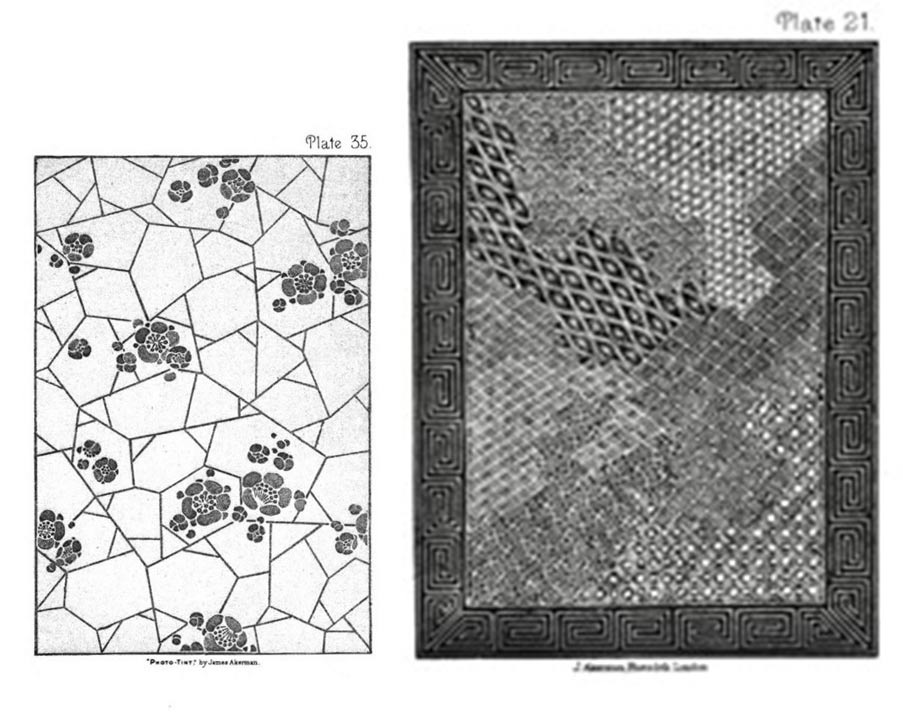 “So, again, when the Japanese strews buds and blossoms about a top box and breaks up the ground between with conventional, though very accidental, lines of crackle, as on Plate 35, or when he crams all manner of geometric diapers into a panel, as on Plate 21, he is merely doing in a more geometric manner what the European artist does, with greater regard for symmetry, when he disposes of his sprigs or what not on a geometric basis. If only he arise at balance, which he almost invariably does (so little is his instinct in this respect likely to err), there is no occasion to cry out against him. We, on our part, are perhaps too much disposed to design as though there were no possible distinction between symmetry and balance…”

Artists and architects in the modern era would delight in the chaotic collision of patterns in Plate 21. It is rich in diagonality and asymmetry, hallmarks of the Phenomenon of Diagonality. Consider also how the world renown Spanish architect of the 20th century Antonio Gaudi used the crackle pattern illustrated in Plate 35 in his tiled surfaces at Park Güell in Barcelona, Spain and how Day’s “queer” and daring Japanese diagonal in Plate 34 became an emblem of Diagonality in the modern era. 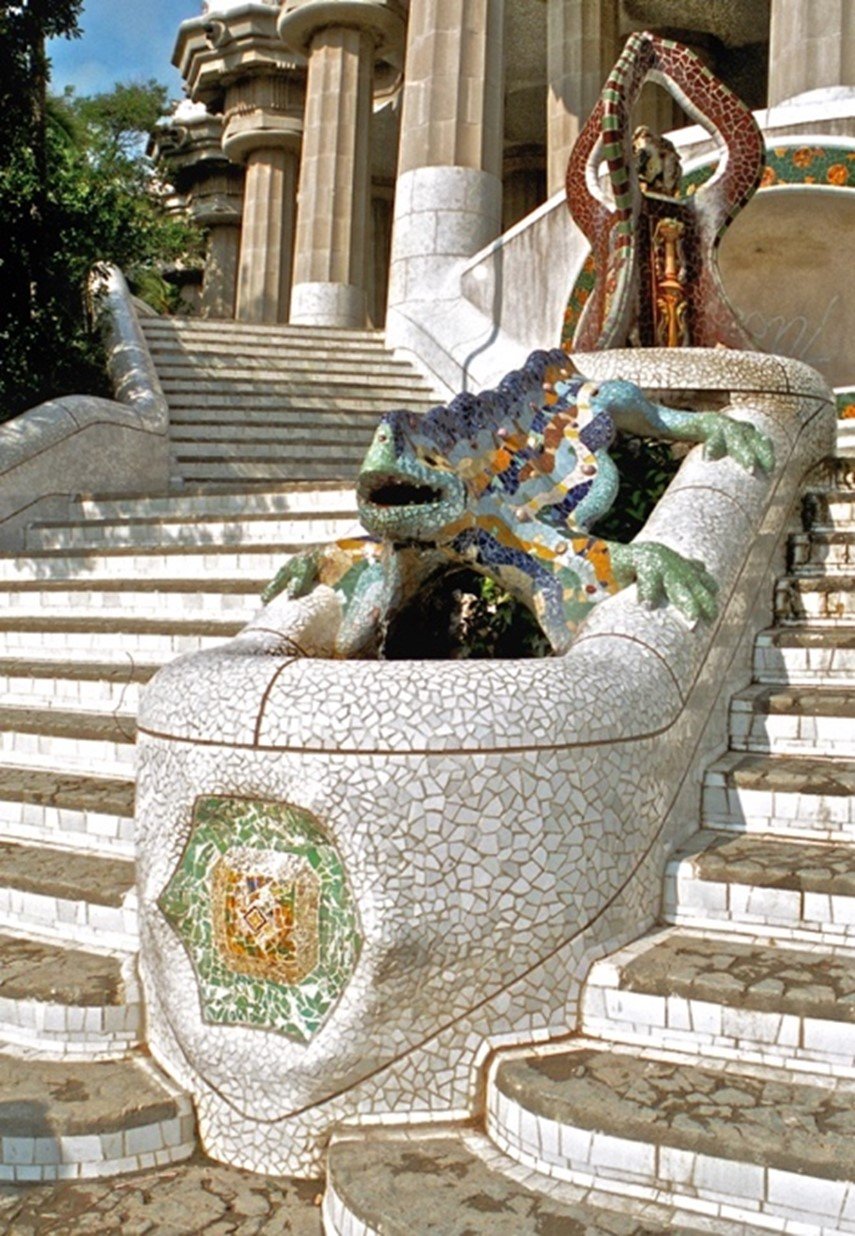 Galleries: The Age of Progress 2.7