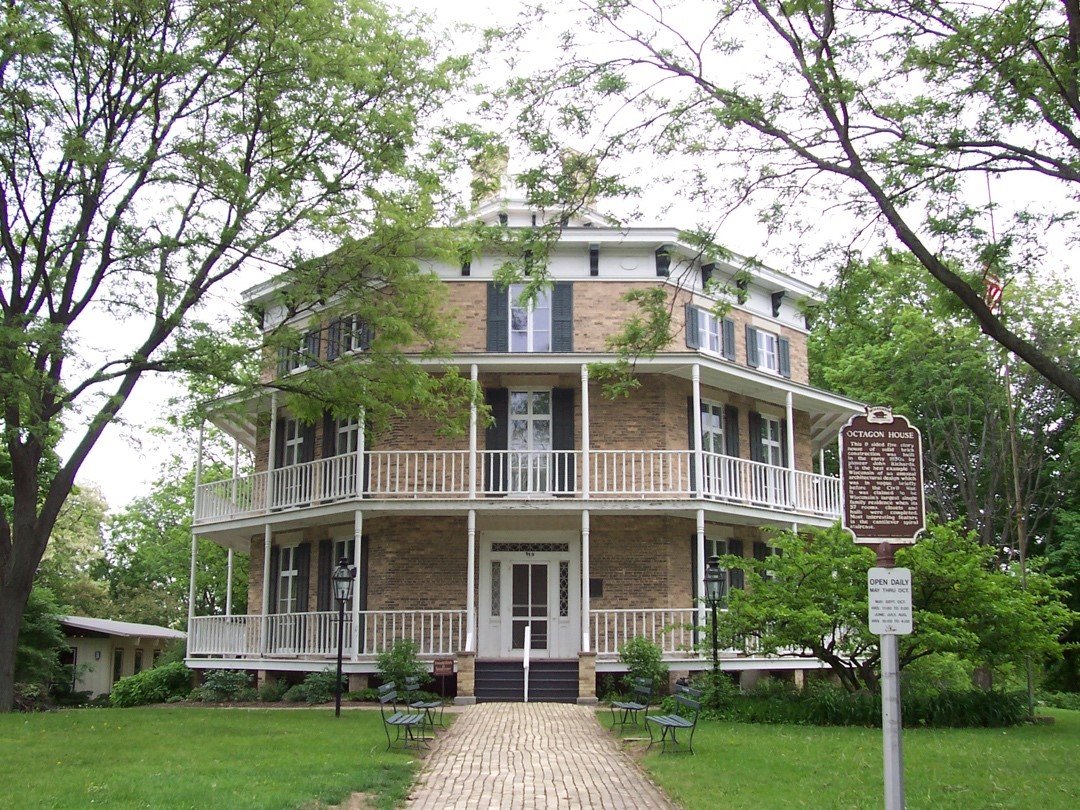 This three-story brick, octagonal house with wrap-around porches was built in 1854 at 919 Charles Street, in Watertown, Wisconsin, the block that young Keck lived on before moving to Chicago.

The octagon house was designed, engineered and built by John Richards six years after publication of Orson S. Fowler’s very influential book “The Octagon House, A Home For All, ” a book that inspired the construction of thousands of octagon houses in the United States and elsewhere and which contributed to the break with residential construction dominated by the right angle. Keck admits to being influenced by the Watertown Octagon House even though his House of Tomorrow is an implicitly twelve-sided structure (a dodecagon). Both houses are similar in that a central staircase unites the three floors; the central stair being a feature that appears in many octagon houses that were built during the Fowler Octagon Fad era.