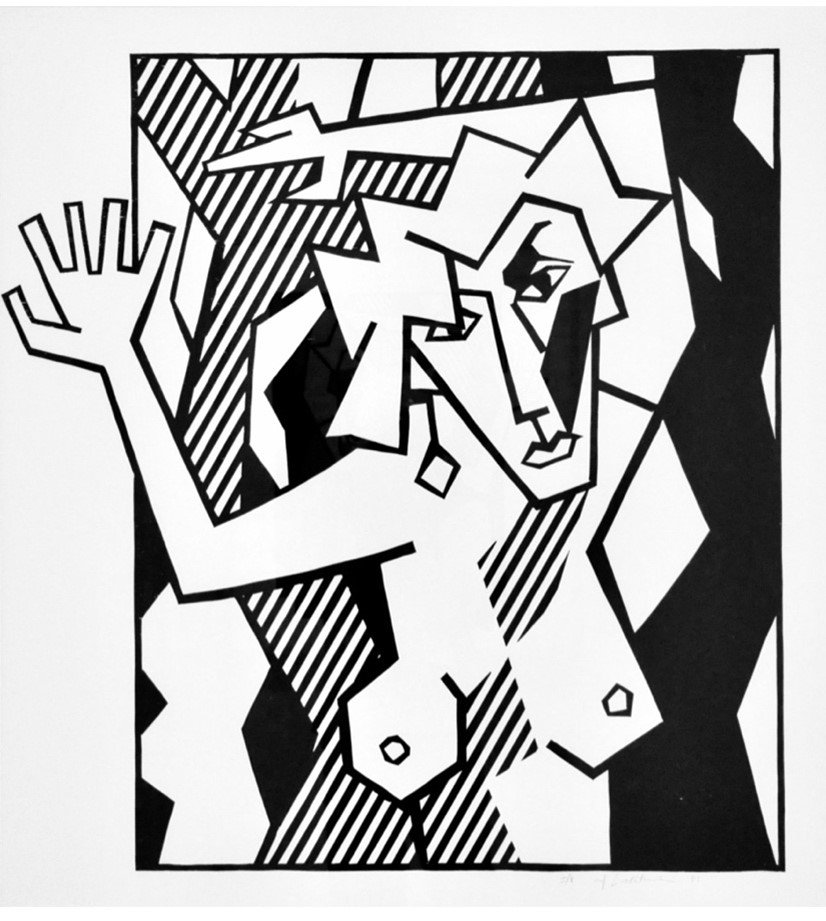 Roy Lichtenstein (1923-1970) is noted primarily as an American pop artist for works such as WHAM! and Drowning Girl. He was inspired by comic book graphics and produced works that were precise in their compositions and rendering techniques. But his art also parodied his subjects in a tongue-in-cheek manner. 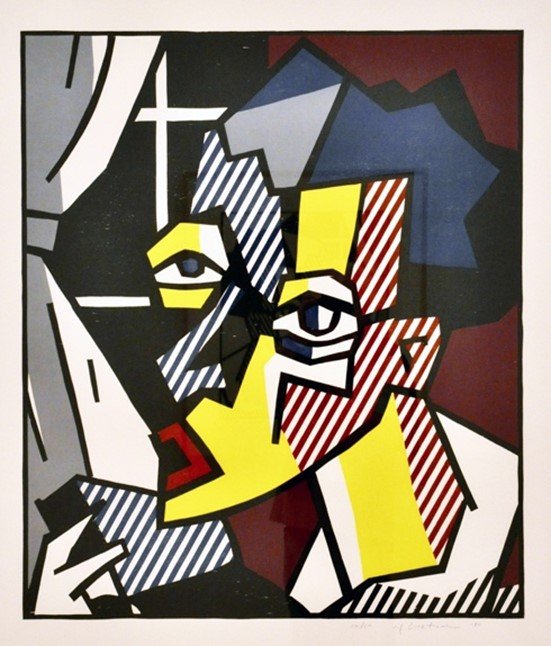 In 1978, Lichtenstein and his wife, Dorothy, were invited to dinner in Los Angeles with his longtime friend and collector Betty Asher and a collector of German Expressionist works, Robert Rifkind. Robert and Roy discussed the seminal German Expressionists, particularly Die Brücke (The Bridge) artists, which had formed in Dresden in 1905. The group had a major impact on the evolution of modern art in the 20th century. Founding members included Jugendstil architecture students Fritz Bleyl, Erich Heckel, Ernst Ludwig Kirchner, and Karl Schmidt-Rottluff. Important later members included Emil Nolde, Max Pechstein, and Otto Mueller. Somewhat like the French group the Fauves, Die Brücke was attracted to primitivist art, extreme emotion, and non-naturalistic high-keyed colors. 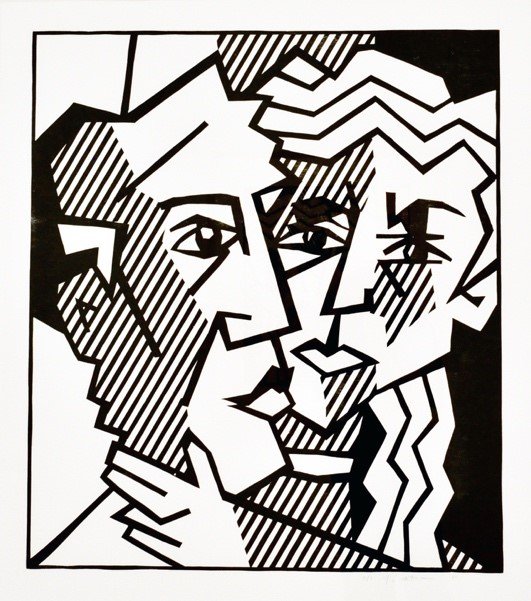 The Fauves and Die Brücke employed drawing techniques that were crude, highly energetic, and shared an antipathy to complete abstraction. The name Die Brücke was intended to “symbolize the link, or bridge, they would form with art of the future.” They aimed to eschew the traditional academic style in favor of a more modern, forward-looking perspective on life. Curiously, to achieve their forward-looking goals they turned to older media, particularly woodcuts. 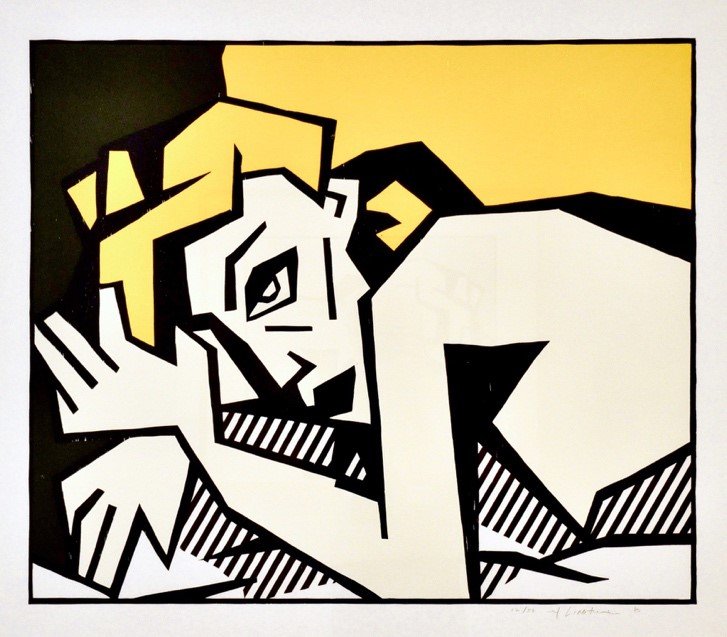 Over many visits, Rifkind showed Lichtenstein his collection of works by Die Brücke artists. Lichtenstein produced a woodblock titled Head based on a 1920 work by Max Pechstein. As with Die Brücke, Lichtenstein produced both color and black-and-white prints from the same block. It is interesting to see how early German Expressionists works have continued to resonate within the art world decades after those works were created and long after the original turn-of-the-century cultural forces that had inspired them disappeared.