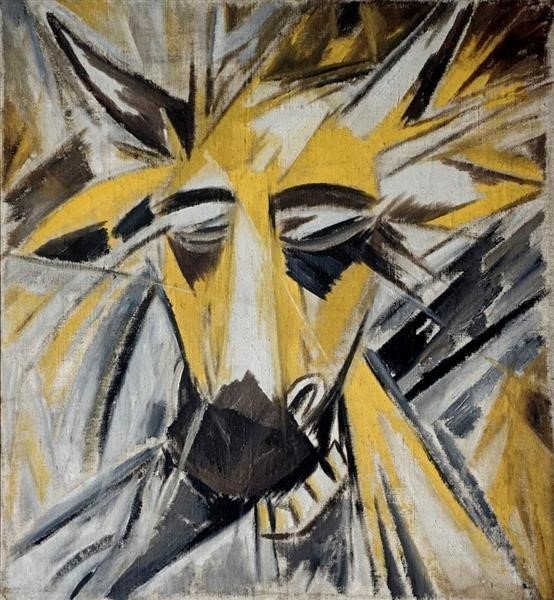 Rayonism (1909 - 1914) was a short-lived avant-garde movement that was a crucial step in the development of Russian art. It was based partially on the scientific understanding that we never actually see an object we are observing; rather we passively receive rays of light emanating from a source such as a star or a light bulb. Additionally, we receive rays of daylight or rays from a light source such as a lamp and these rays are reflected off surfaces and enter our eyes. Artists of the Rayonist movement were not always so much interested in the objects reflecting the light but in the light rays flying through space. Their goal was to give those electromagnetic rays imagined form, which in physical reality they do not possess.

The idea of Rayonism emerged after Mikhail Larionov and Natalia Goncharova heard a series of lectures in Moscow given by the Italian Futurist Marinetti. Futurism had emerged the year before in Italy. It was concerned with how speed, modernity, and technology were expressing the dynamic character of early 20th century life. Larionov and Goncharova wrote a Rayonist Manifesto in 1912 and published it the following year around the time their paintings were exhibited in the 1913 Target Exhibition. The artists wrote about advancing a style that “signifies spatial forms which are obtained from the intersection of the reflected rays of various objects, and forms chosen by the artist’s will.”