The Daring Diagonal Virtual Museum is dedicated to the obscure but surprisingly commonplace geometric motif of diagonality that appears in art, architecture, and numerous design-related disciplines. The Museum’s 33 galleries are spread across three levels in a quasi-fictitious building based on a 1990s house design by the Museum’s founder, Joel Levinson. Visual treats and fascinating articles fill the galleries and present the history of a dramatic shift in the underlying geometry of art and architecture that began in the 20th century. The Museum’s mission is to refocus visitors’ eyes so they see Diagonality as something invisible but in plain sight. The Museum’s unique website is an exciting and informative platform open to all, free of charge. Diagonality deserves recognition as the Signature Geometry of the Modern Era.

When he was an architecture student at the University of Pennsylvania (1957-1963), Joel Levinson saw fellow students and world-renown professors—Louis Kahn, Robert Venturi, and Romaldo Giurgola—embrace this rarely used angular geometry. Levinson wondered what caused most architects to begin using the angular motif when previously, they had rigidly based their building designs on the right angle. The “diagonal fad,” referred to in the decade of the 60s as Zaps and Zoots, seemed to come out of nowhere. Levinson was puzzled and intrigued that almost no one discussed this transformative geometry in magazines or books, then and ever since. Yet, more and more projects using diagonals kept appearing in print. Today the diagonal motif is ubiquitous; it is the design motif de riguer seen in almost every city worldwide. However, its slowly emerging history, with roots that go back to ancient Egypt, has been mostly unknown.

In 1960, Levinson began amassing an extensive archive of materials from different disciplines. The archive reveals diagonality not just in architecture but also in many other fields. These include urban design, painting, sculpture, landscape design, graphics, interior and furniture design, and product design. Levinson began to share his evolving theory with architects and artists. In 2015, he started working with web designer Patrick Parker. They launched the Center for the Study of Diagonality in World Culture, attracting visitors from a hundred countries. In 2020, seeing a better way to present his findings, Levinson began working with HFB Technologies to create the Daring Diagonal Virtual Museum website. 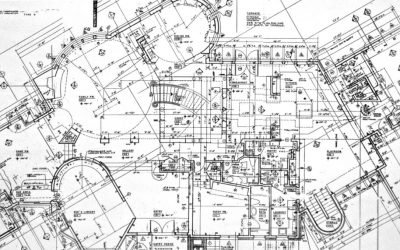 Many digital museums use collections housed in actual buildings such as the Musée d’Orsay in Paris, formerly a train station. The items exhibited in the Daring Diagonal Digital Museum are housed in a virtual construct that is not a real building. However, because the founder and curator of DDDM [Joel Levinson] is an architect, it was his feeling that the collection would most agreeably be presented and accessed in virtual galleries housed in something like a real “building,” even if the digital representation of the building itself is a fiction. Consequently, Levinson adopted one of his completed architectural projects, the Kimball Residence, named after the original owners, Janet and Ronald Kimball, who lived there for almost thirty years.

The floor plan of the Kimball house was a point of departure for shaping the imaginary galleries in the Daring Diagonal Digital Museum. To show the house’s reconfiguration for the DDDM, several photographs of the actual house are here presented, along with a sampling of the working drawings.

The Kimballs approached Mr. Levinson in the early 1990s requesting a house “with a lot of angles and curves.” The project created an opportunity for Levinson to explore a geometrically complex design, infused with the diagonal motif he had been researching and writing about in his independent study of Diagonality. The working drawings reveal the building’s complex geometry, and to Levinson’s delight and the Kimball’s, the house was built exactly as designed. The Architectural Archives of the University of Pennsylvania, Levinson’s alma mater, is preserving many projects designed by Joel Levinson, including the Kimball Residence. A book and exhibit are under development.
THE HOUSES OF JOEL LEVINSON will illustrate other houses designed before the Kimball Residence in which the diagonal motif was used. These include the Brasler House (1964), Orleans House (1966), Shiekman House (1967), Weiner House (1968), Arbor House (1969), Fleming House (1972). Lee House (1975), Roberts House (1978). These projects and others in which Levinson explored the use of the diagonal can be seen at www:joellevinson.info

Preparing the construction drawings was a challenge because Levinson’s firm had not yet begun to use computers to facilitate drafting the challenging room shapes. When computers entered the architectural field, they allowed for and prompted the use of more geometrically complex designs. This development was a significant turning point in architectural history. 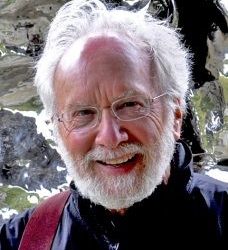 HONORS AND AWARDS
Levinson’s drawings, correspondence, and models are currently being collected and preserved by the Architectural Archives at the University of Pennsylvania. Publication of a book is planned: THE HOUSES OF JOEL LEVINSON

Arbor House was included in a tour of the works of Louis I. Kahn and the ‘Philadelphia School’ organized by the Society of Architectural Historians and the Architectural Archives at Penn. The tour also included works by Robert Venturi, I.M. Pei, Mitchell/Giurgola, Frank Furness, and George Howe. 2008

Projects exhibited at the University of Pennsylvania, The Legacy of the Philadelphia School: An Exhibit of the Work of Students and Colleagues of Louis I. Kahn, 1991

Honored by the Institute of Contemporary Art, Philadelphia, Pennsylvania, in their lecture series The Architecture of our Times, 1975. Levinson lectured to Institute members in his Hillside House, Rydal, PA

Brasler residence selected for tour by the Society of Architectural Historians and the International Committee for the Documentation and Conservation of Buildings, Sites, and Neighborhoods of the Modern Movement

Board of Directors, Philadelphia Chapter, American Institute of Architects, 1975-1976.

Trustee and Chairman of Buildings and Grounds Committee, Pennsylvania School for the Deaf, 1976-83

Levinson’s architectural and interior design work has been published in several national and international professional journals including:

Progressive Architecture, in an article about “Philadelphia’s Phantom School – Architects after Kahn” Architecture and Urbanism

Levinson’s work has also been profiled in several books and newspaper articles including:

Architecture in Philadelphia by Teitelman and Longstreth

A Guide to Twentieth Century Contemporary Architecture, by Carole Rifkind

Using The Sun To Brighten The Crisis, AIA Journal, 1974

Eye Of An Architect, a column on design and other topics published in the CHESTNUT HILL LOCAL since 2012

Historian and writer for The Historic Gowen Estate House Tour

The Reluctant Hunter, a novel set in worn-torn Bosnia, 2012

In addition to various commissions, Levinson’s work has been exhibited at the following venues:

Gaudi and the Spanish Landscape, Offices of Elfant-Wissahickon, Philadelphia

SpaceGroup, Founder of a salon focused on discussing cosmology, astrophysics, cognition, and philosophy

The Architectural League of the Philadelphia Art Alliance, Founder and Director, 1977

Co-researcher, Broad Street Corridor Solar Energy Study, under a grant from the National Endowment for the Arts 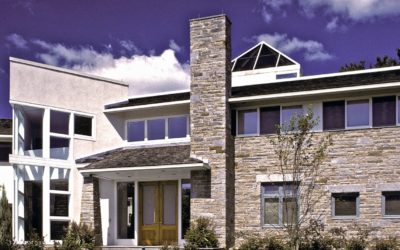 1.9 – The DDVM and the Center for the Study of Diagonality are dedicated to properly crediting photographers, authors, and artists for use of material utilized on this educational site. If some content is not credited or improperly credited, please contact us and we will promptly correct mislabeled or unlabeled material. Some of the content we use is found on sites, such as Pinterest, with little or no attribution. It is also sometimes difficult to track down information for proper attributions and permissions, but on many occasions we have met with success. Nevertheless, we regret any oversights. The Daring Diagonal Virtual Museum is new website launched in August 2020. We appreciate your patience as we endeavor to properly credit works we are exhibiting, linking to, and referencing.

1963 — the idea of Diagonality occurs to Joel Levinson when he was a student of architecture at the University of Pennsylvania. This launches his investigation into what he soon comes to call the Phenomenon of Diagonality
1969 — staff at Joel Levinson’s architectural firm begin to assist in researching project examples
1998 — Levinson assembles his writings on Diagonality in a spiral bound book of 200 pages
2005 — the author adopts the phrase Signature Geometry of the Modern Era. The title The Daring Diagonal begins to appear in the author’s writings
2017 — Patrick Parker is hired to create the original Daring Diagonal website
2019 — Levinson presents his first illustrated lecture on Diagonality to the Science and Art Club of Germantown in Philadelphia
2019 — Joel begins to work with Dr. Kenneth Ford, physicist, author, educator who volunteered to edit the Daring Diagonal manuscript
2020 — HFB Technologies is hired to create the Daring Diagonal Virtual Museum